Turks to obtain visas at points of entry in Ukraine

The visas can be obtained by paying a fee of $30 and will be valid for a 15-day period. 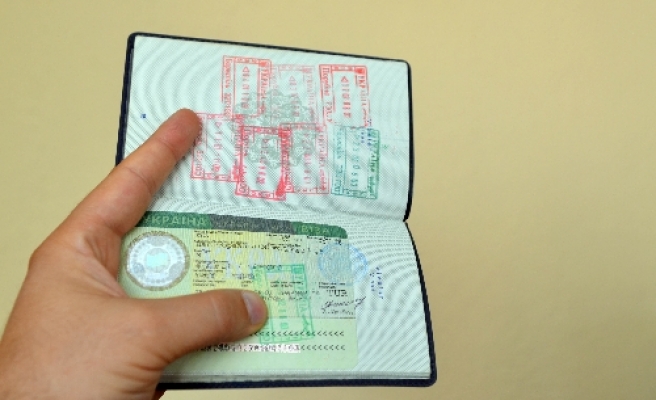 From Saturday onwards, Turkish citizens will be able to obtain single-entry visas to Ukraine at Boryspil Airport, Odessa Airport, Simferopol Airport and the Port of Odessa, officials from the Ukrainian Foreign Ministry have said.

The visas can be obtained by paying a fee of $30 and will be valid for a 15-day period. Ukrainian officials warned that there will be only one consular official at the airports for handling the single-entry visas for Turkish citizens; thus, applicants may have to wait a considerable amount of time, depending on the number of travelers.

Those Turkish citizens who would like to make use of this new implementation for touristic trips to Ukraine lasting no longer 15 days will have to present certain documents to consular officials, the Turkish Embassy in Kiev, meanwhile, announced.

Travel agency voucher copies of hotel reservation documents and a return ticket have to be presented to the consular officials. Applicants will also have to verbally declare to consular officials that their trip is being made for touristic purposes.

Back in January, during a visit to Kiev by Turkey's Prime Minister Recep Tayyip Erdoğan, the two countries agreed to start discussions on abolishing visa requirements and to accelerate the process once begun. The negotiations on the issue are ongoing.