UN has named the Turkish and Isaeli members of the international commission that will investigate Israel's deadly May 31 attacks on a Gaza-bound humanitarian flotilla that killed nine Turkish activists. 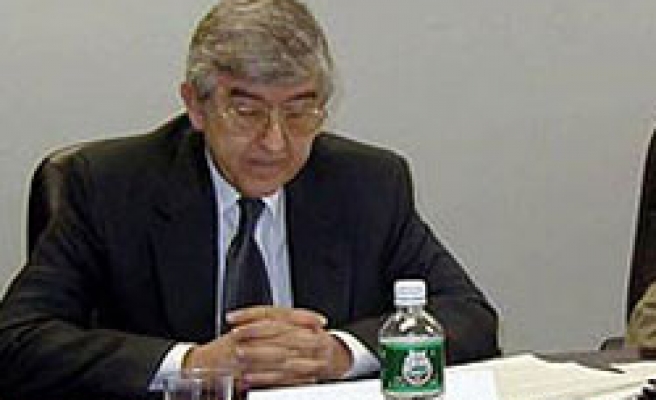 UN Secretary General Ban Ki-moon has named the Turkish and Isaeli members of the international commission that will investigate Israel's deadly May 31 attacks on a Gaza-bound humanitarian flotilla that killed nine Turkish activists.

The Turkish member will be Ozdem Sanberk, a diplomat who held senior positions in the Turkish Foreign Minister and the United Nations while Joseph Ciechanover, a former senior official at Israel's Foreign Ministry, will be the Israeli representative on the panel.

Former New Zealand Prime Minister Geoffrey Palmer will be the chairman of the panel, with Colombian President Alvaro Uribe acting as vice chairman. The committee will hold its first meeting on Aug. 10 and expects to submit an initial progress report in mid-September.

Ban said he was looking forward to meeting the two new members of the panel on August 10, "when they will join the other panel members.

"Turkey not happy with US downplay"

U.N. officials said that the panel will look at the circumstances of the raid and review the results of the Turkish and Israeli investigations, as well as consider ways to avoid similar incidents in the future.

Within hours of UN's announcement of the international inquiry into the attack, US Permanent Representative to the UN Susan Rice issued a statement praising the UN, while also, however, defining its limits.

The UN panel will “make recommendations as to how to avoid such incidents in the future,” Rice said in a written statement. “This panel is not a substitute for those national investigations” by Turkey and Israel, she said. “It complements them.”

She also said the US “hopes that the panel can serve as a vehicle to enable Israel and Turkey to move beyond the recent strains in their relationship and repair their strong historic ties.

The statement sparked displeasure in Ankara.

The Turkish Foreign Ministry summoned the U.S. charge d'affaires in Ankara and expressed its irritation at what a Turkish official told Reuters was an "alternative interpretation" of Ban's investigative panel.

Turkey summoned a top US diplomat to complain about "an attempt to define the mandate of the UN probe".

Doug Silliman, the deputy chief of mission at the US embassy in Ankara, was called to the foreign ministry Monday for a reprimand.

Turkey says US is viewing the commission from a narrow perspective and objected to the US view that the panel was meant to mend Turkish-Israeli ties.

"The raid is an issue between the international community and Israel, and not between Turkey and Israel. There were people from 30 different countries on those ships," Turkey said.

Although welcoming the UN probe, Turkey said has reserved its demands, adding it expects Israel to apologise over the raid, pay compensation for the victims and lift the blockade of Gaza for the recovery of bilateral ties.