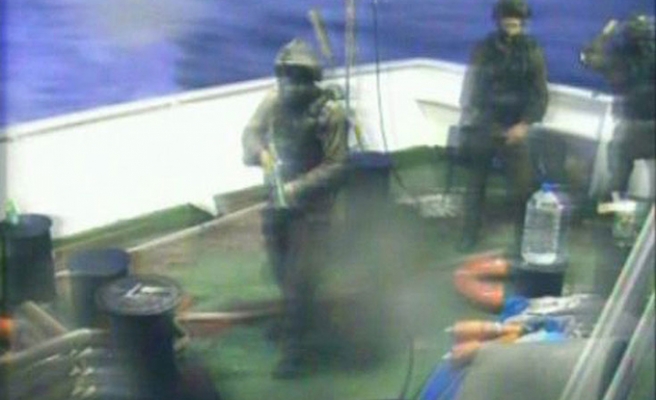 But, the report, which has not yet been officially released due to Israel request to delay it according to Turkey, said however that Israel's blockade of Gaza is "legal".

Israeli troops killed eight Turkish activists and an American of Turkish descent in the May 31, 2010 raid.

"Israel's decision to board the vessels with such substantial force at a great distance from the blockade zone and with no final warning immediately prior to the boarding was excessive and unreasonable," said the inquiry, led by former New Zealand prime minister Geoffrey Palmer.

It added however that the six-vessel flotilla "acted recklessly in attempting to breach the naval blockade" set up by Israel around the Palestinian territory.

The inquiry called for Israel to make "an appropriate statement of regret" for the raid and pay compensation to the families of the dead as well as to injured victims.

Turkey has demanded an apology from Israel for the raid, but Prime Minister Benjamin Netanyahu's government has refused several times to meet the demand to avoid legal consequences.

The report has not yet been handed over to UN Secretary General Ban Ki-moon, who is to decide the official publication date.

A UN spokesman said Thursday that the report was expected to be handed over in the coming days.

"Therefore, until the report is published, our statement tomorrow will focus more on those steps we expected Israel to take which it has not, rather than on the content of the report," Turkey's Anatolian news agency quoted him as saying.