Unemployment rate to be around 8 percent in 2013, says minister

Turkish Labor and Social Security Minister Celik said, there would be no surprise with unemployment rate in 2013 which would be around 8 percent 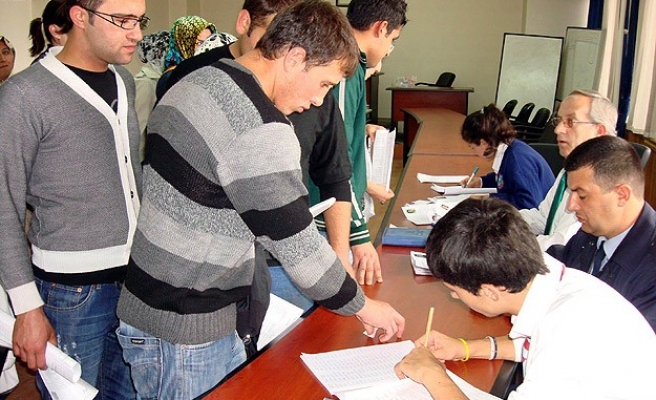 World Bulletin / News Desk
Turkish Labour and Social Security Minister Faruk Celik said Thursday, there would be no surprise with unemployment rate in 2013, which would be around 8 percent.

Last month, Erdogan said, in the next 5 years, there would be additional employment of 4 million people, adding they aimed to decrease the unemployment rate to 7.2 percent.

Turkey has been ranked second in reducing unemployment rate the most among OECD countries since 2010.

Turkey has reduced unemployment rate the most with 2.5 percent among OECD countries between 2010 and 2012.

Celik earlier had said, "We have created millions of jobs by equipping our active labor force and human capital which require the needs of the market. People who benefit from our active labor forces exceeded 1.3 million since 2009. We prevented job losses with unemployment insurance and short-time working payment."

Celik had also said "between the years of January 2009 and 2013 we have created 4.5 million jobs. Thanks to the disciplined macro economy polices we have implemented, despite the crisis, Turkey grew 9.2 percent in 2010, 8.8 percent in 2011 and 2.2 percent in 2012 by securing the positive growth rate."