Caglayan, currently on a formal visit to the United States, visited campus of Google in Silicon Valley. 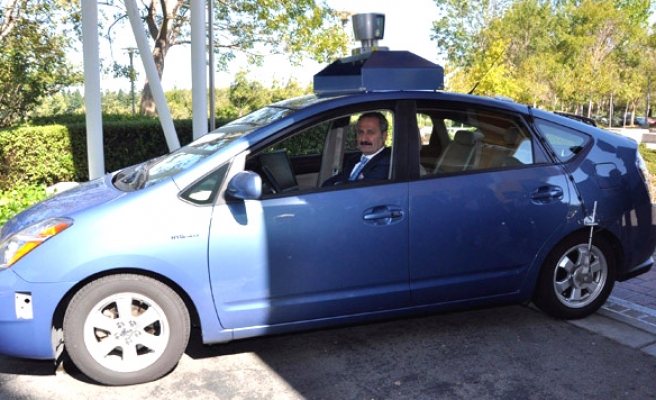 Turkish Economy Minister Zafer Caglayan got in an "unmanned car" on Tuesday on which search engine Google company has been working for a long time.

Caglayan, currently on a formal visit to the United States, visited campus of Google in Silicon Valley. Executives of Google made a surprise to Caglayan and made him get in the unmanned vehicle developed by Google.

Caglayan who came to his hotel by the unmanned car said "they said it was the first time that a politician got in the unmanned car. The driver did not hold or control the steering wheel and the break pedal. We came with cruise control by chatting with the person who was sitting at the driver's seat."