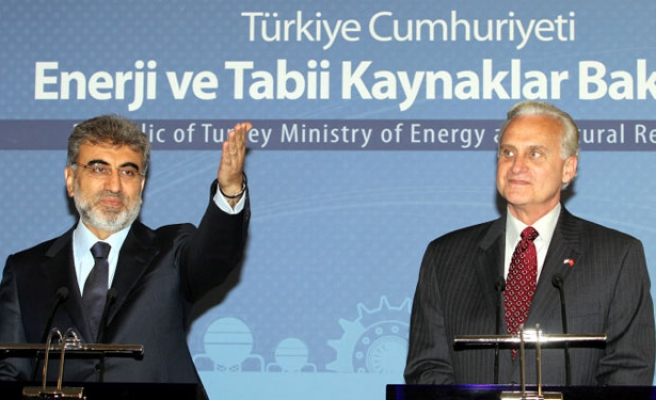 Following the meeting, Yildiz told reporters that they discussed developments about energy sector in the region and the world, adding that they also took up the influence of fluctuations in energy sector on the countries.

When recalled of Greek Cypriot administration's plans to begin oil exploration in the Mediterranean, Yildiz said that it would not be a legitimate act, and it took place in international laws too.

When asked whether U.S. companies had an interest in the second nuclear power plant which was planned to be built in Turkey's northern province of Sinop, Yildiz said that Japanese TEPCO company withdrew from the project, adding that the issue was discussed with U.S. officials for 4-5 times so far, but no tangible proposal had been made to Turkey.

On the other hand, Ricciardone said regarding the oil exploration of Greek Cypriot administration that the U.S. was aware of the stance of the Turkish government about the issue, adding that they supported the efforts exerted by both sides for a solution.

Commenting on a nuclear power plant in Turkey, Ricciardone said that the U.S. companies were interested in development of nuclear energy in Turkey, adding that there were technical and political issues to be solved. He noted that the U.S. government encouraged its companies to work and make investment in Turkey.