"Turkey acted within its announced intentions and what Turkey did was certain and legitimate act of self defense," Ricciardone, US Ambassador to Turkey, said on downing of a Syrian helicopter 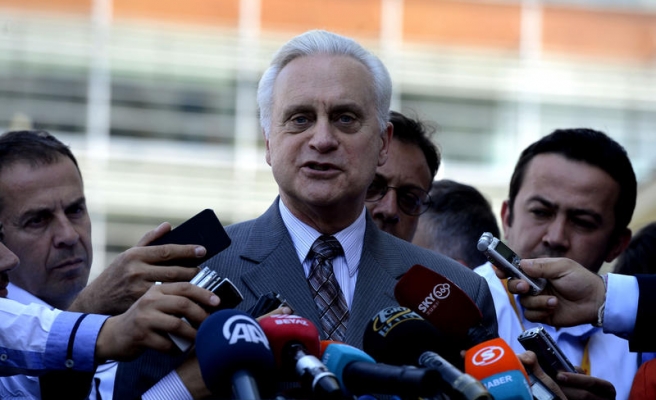 US Ambassador to Turkey Francis Ricciardone said on Wednesday that "Turkey acted within its announced intentions and what Turkey did was certain and legitimate act of self defense," regarding the shooting down of a Syrian helicopter by Turkish jets.

Ricciardone spoke at the Transatlantic Trends 2013, an annual survey of US and European public opinion conducted by the German Marshall Fund of the United States (GMF).

"Our spokesperson was very clear on this yesterday and we think Turkish government was very clear and transparent with denouncing the rule of engagement over a year ago," said Ricciardone, replying to a question about what would be the reaction of the US, if Syria would retaliate to Turkey after the shooting down of the helicopter.

"Turkey acted within its announced intentions and what Turkey did was certain and legitimate act of self defense. We are allies, we are friends," Riccardione added.

Ricciardone said "We all know military operations are terrifyingly expensive. l think the bigger question is that we all find what happened in Syria unacceptable. The government has been murdering its own people. Financial cost is secondary."

"It is a complicated question. We have experts in our parliament we all see that our government has decided there is no military solution in Syria. It must be political. Secretary of State John Kerry reiterated it over and over again. Even our Russian friends agreed that there must be political solution. l think the cost factor is secondary," Ricciardone added.