US and Turkey to create fund to fight against 'extremism'

Officials from Turkey and the US have met today to discuss the creation of a $200 million budget to tackle 'extremism' in the world. 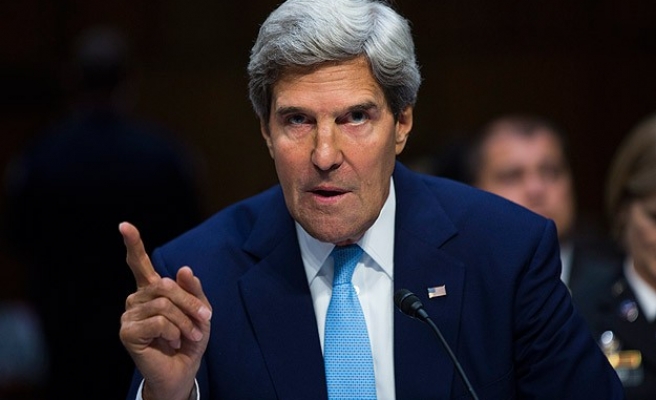 The Global Fund for Community Engagement and Resilience will include efforts put in by both governmental and non-governmental organizations. The purpose of the fund is the counter the 'radicalization' of those who are believed to be vulnerable to the sway of recruiters to terrorist organizations. The project is due to be underway in mid-2014.

US Secretary of State John Kerry and Turkish Foreign Minister Ahmet Davutoğlu will announce the plans in the Global Counterterrorism Forum in New York. All together 29 states and the European Union belong to the forum, which was established two years ago, with Turkey and the US leading the way.

William McCants, the former State Department counterterrorism official said, “now countries can turn to the global fund to sponsor programs that will pull young men and women back from the edge of terrorist violence.”

The fund is expected to raise around $200 million in donations from various countries over a period of 10 years, with the first contribution of as much a $3 million expected to be given by the US.

The fund will support educational programs, school curriculums, training and websites established to promote tolerance and understanding between people.  This also includes the opening of a center in Abu Dhabi which will be used to teach youth about the dangers of adopting violent ideologies.

Similar funds have already been set up to tackle diseases such as AIDS, and this fund mimics smaller scale agreements made been some other countries. For instance, Denmark and Burkina Faso also share a counterterrorism pact.

John Kerry is expected to emphasize the importance of communities and local level initiatives in order to prevent the radicalization of vulnerable individuals.