US Secretary of State Hillary Clinton made the US position known in her talks with Turkish Foreign Minister Ahmet Davutoglu, the US official said. 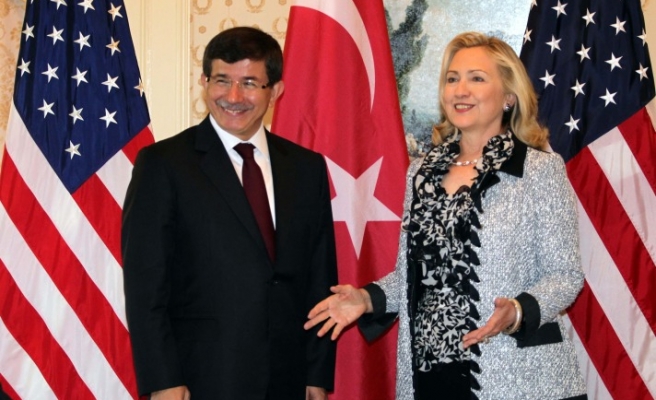 The United States supports "the right" of Greek Cyprus to explore for energy, a senior US official said Monday after US-Turkish talks amid a dispute between Turkey and Greek Cyprus over such exploration.

The move has drawn fierce criticism from Turkey which said it would make a continental shelf delimitation agreement with the Turkish Cyprus in case Greek Cypriot administration launched drilling before a settlement was reached to end the 37-year old division of the island.

The official also told reporters on condition of anonymity that the dispute should "not interfere" with talks aimed at resolving the political issues over the divided Mediterranean island.

Turkey has repeatedly called on Greek Cyprus to postpone its gas exploration, saying it has no right to do so while the island remains split, thus leaving the Turkish Republic of Northern Cyprus out of the picture.

Turkey has also warned that it could send battle ships to escort its own energy exploration vessels in the region.

The United States supports (Greek) Cyprus' right to explore for energy, and doesn't believe that should undermine or interfere with the talks to resolve the Cyprus problem, the official said.

US Secretary of State Hillary Clinton made the US position known in her talks with Turkish Foreign Minister Ahmet Davutoglu, the US official said.