US administration's trivializing of the authority of a UN-led international inquiry into Israel's deadly May 31 attack on a Gaza-bound aid flotilla has led to "serious uneasiness" in the Turkish capital. 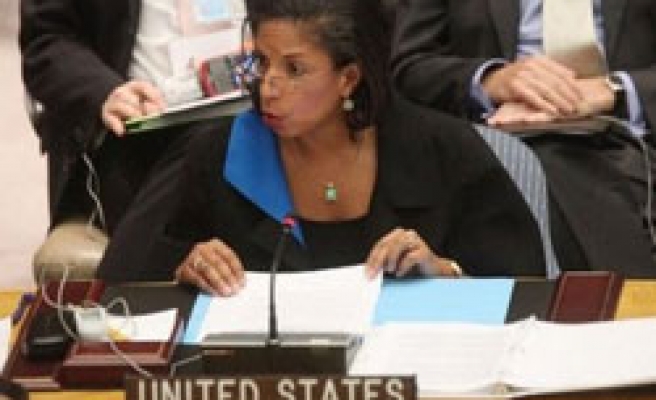 The Obama administration's trivializing of the authority of a UN-led international inquiry into Israel's deadly May 31 attack on a Gaza-bound aid flotilla has led to “serious uneasiness,” in the capital of Ankara, and this uneasiness has been directly conveyed to the top US diplomat based in the country.

Within hours of UN Secretary-General Ban Ki-moon's announcement on Monday of the international inquiry into the attack during which Israeli commandos killed eight Turks and one Turkish-American, US Permanent Representative to the UN Susan Rice issued a statement praising the UN, while also, however, defining its limits.

The UN panel will “make recommendations as to how to avoid such incidents in the future,” Rice said in a written statement. “This panel is not a substitute for those national investigations” by Turkey and Israel, she said. “It complements them.”

She also said the US “hopes that the panel can serve as a vehicle to enable Israel and Turkey to move beyond the recent strains in their relationship and repair their strong historic ties.

The statement sparked displeasure in Ankara and Douglas A. Silliman, currently the charge d'affaires of the US Embassy in Ankara (as former US Ambassador to Turkey James Jeffrey recently left Turkey after being appointed to Baghdad), was summoned to the Foreign Ministry headquarters on Monday evening, a senior Turkish diplomat told Turkey's Cihan news agency on Tuesday.

“Rice's statement is unfortunate and obviously issued hastily,” the diplomat, speaking on condition of anonymity, told the agency.

Although a UN spokesman said the panel would make “findings about the facts and circumstances and the context of the incident,” what Rice described in her statement was a narrower mandate.

“It is an extremely narrow point of view. In the end, the May 31 incident is not an issue between Turkey and Israel: It is an issue between Israel and the international community. For us, what is valid is UN Secretary-General Ban's statement on the issue and accordingly, the panel will talk to all parties and will collect data from them. It will also be in contact with the UN Human Rights Council's fact finding mission into the May 31 attack,” the Turkish diplomat told the agency.

Rice's remarks, in which she said the US expects the panel will “be the primary method for the international community to review the incident, obviating the need for any overlapping international inquiries,” have widely been interpreted as an apparent reference to the investigation set up by the UN Human Rights Council, which Israel says is biased against itself.

“Furthermore, the panel's mission is not the recovery from the deterioration of ties between Israel and Turkey. Establishment of such a panel with Israel's consent was only one of the conditions set by Turkey for normalizing relations with Israel. What we want here, with this panel, is disclosure of the truth regarding the attack,” the diplomat said.