The exercise was reportedly intended to predict the conditions in the Middle East in April 2013 and the positions of some countries in the region. 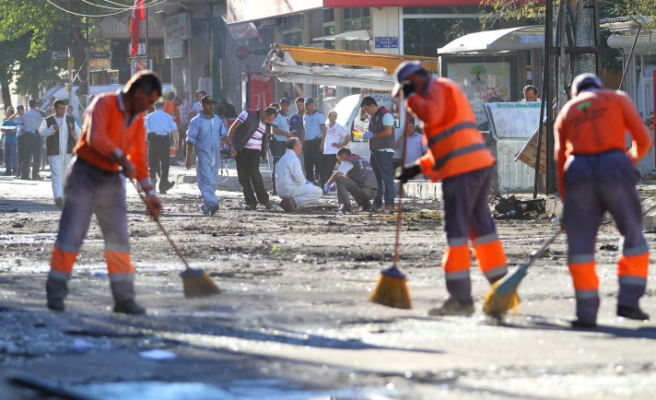 Three well-known think tanks in the US discussed a bomb attack in Turkey's Gaziantep or Kahramanmaraş provinces in order to urge Turkey to join a planned military operation inside Syria during a “war simulation exercise” on June 27, according to a report that appeared in the Hürriyet daily on Friday.

According to the report, the Brookings Institution -- one of the oldest and most prestigious think tanks in Washington -- was one of the participants in the war simulation exercise. Hürriyet did not provide the names of the two other think tanks or a source for its report.

In the exercise, participants represented three countries -- the US, Turkey and Saudi Arabia. Among the attendees were Middle East experts who served at the Pentagon, the US Department of State and the CIA, Hürriyet reported. The exercise lasted one day.

The exercise was reportedly intended to predict the conditions in the Middle East in April 2013 and the positions of some countries in the region. In the simulation, Turkey's allies were urging Turkey to join a planned military operation inside Syria to unseat Syrian President Bashar al-Assad, but Turkey resisted. When the PKK militants started staging bloody attacks in some Turkish provinces, the Turkish government agreed to join the operation, according to the simulation. Gaziantep and Kahramanmaraş were two of the provinces to be hit by PKK militants in the game.

Gaziantep was targeted in the latest PKK attack, believed to have been carried out by the outlawed Kurdistan Workers' Party (PKK), which killed nine civilians, including four children, on Aug. 20. Approximately 70 people were injured in the attack.

According to the simulation exercise, the Assad government is overthrown after an international military operation, assisted by Turkey, in Syria. The simulation also suggested that Turkey and the US started to worry about different things after the overthrowing of the Assad government. The US did not want to be held responsible for the ouster, and Turkey started to make plans about a new government to replace Assad's government.