Wounded Libyans being treated in Turkey

Wounded Libyans were brought to Turkey two days ago by a private plane and taken to Ataturk Training and Research Hospital. 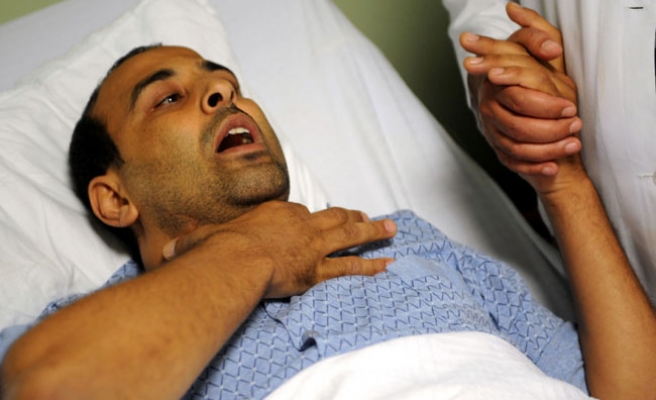 key is healing the wounds of Libyans who were tortured by Gadhafi forces as they were fighting for a free and democratic regime in their country.

Wounded Libyans were brought to Turkey two days ago by a private plane and taken to Ataturk Training and Research Hospital.

One of the Libyans told A.A that he was put into prison by Gadhafi forces without being interrogated and hung to ceiling and beaten with clubs.

He added that he was released after Gadhafi forces left Tripoli, and also thanked Turkish government and people for the support.

Another Libyan said that he was arrested while writing slogans on the walls, and was heavily tortured, and shot in his feet four times.

Nearly 200 Libyans are being treated in hospitals in Ankara, Istanbul and western Izmir cities.