12 percent of people in Eurozone unemployed

ECB is expected to take action after steady month in eurozone inflation, unemployment at 12 percent. 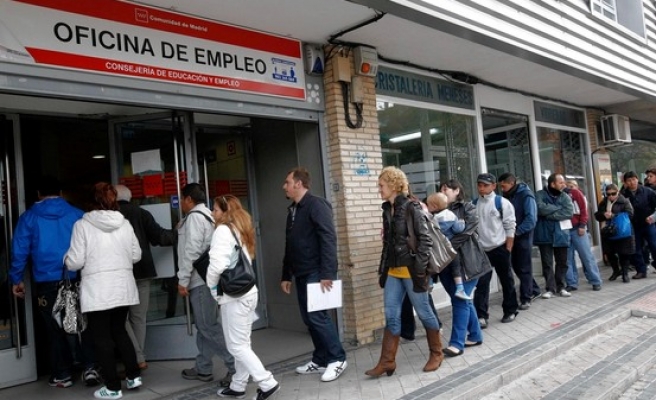 The EU unemployment rate in January was stuck at 12 percent for the fourth month, as 19.1 million people are out of work, according to Eurostat, the region's statistics office.

The eurozone jobless total in January was 19.18 million, 17,000 more than in December. The jobless rate has held steady since October.

Separate data by Eurostat on Friday show that the eurozone´s inflation in the 18-nation currency bloc was flat at 0.8 percent in February.

The inflation trend has been steadily lower in recent months, coming in well below the European Central Bank's (ECB) 2 percent target.

Food, alcohol and tobacco prices rose 1.5 percent in February, a slower rate than the 1.7 percent reported in January while energy costs were down 2.2 percent after a fall of 1.2 percent

The Europe-wide statistics hide huge differences between economies. The lowest rates of unemployment are in Austria, with 4.9 percent, and Germany, Europe's biggest economy, with 5.0 percent.

Greece had the highest unemployment rate at 28 percent; followed by Spain at 26 percent. Greece and Spain have been the worst hit by the financial crisis, with more than half of those under 25 in both countries out of work.

The youth jobless rate in the wider EU fell to 23.4 percent from 23.7percent.