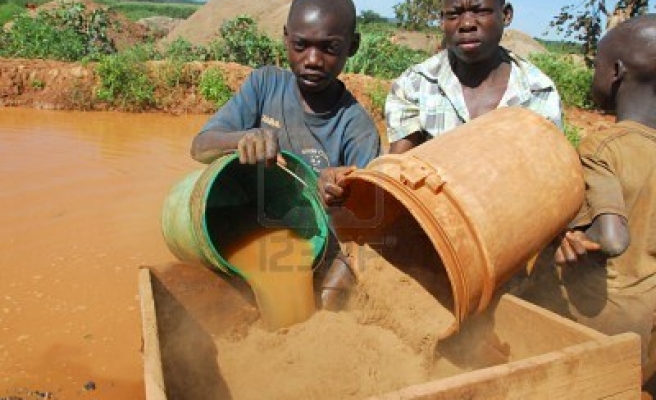 There are nearly 48 million child laborers across sub-Saharan Africa, including 15 million in Nigeria alone, the International Labor Organization (ILO) has told Anadolu Agency.

"There [is a] worsening situation of child labor in Nigeria, just as in other African countries," ILO Technical Director Krishna Kukkikate told AA in an exclusive interview.

He put the total number of child laborers throughout sub-Saharan Africa at 48 million.

Kukkikate said these child laborers fell within the five  to 14-year-old bracket.

He noted that children often worked in the homes of a third party or employer, performing tasks such as hawking, farming, cleaning, ironing, cooking, gardening, looking after other children and caring for the elderly.

The ILO chief regretted that these children were sometimes subject to physical, psychological and sexual violence and abusive working conditions.

They are often isolated from their families, he added, hidden from the public eye, with many becoming highly dependent on their employers.

Kukkikate said that Nigeria – and indeed most African countries – had made little or no progress in curbing the scourge of child labor, even as global efforts to end the practice gain momentum.

"Child labor is a general problem in Nigeria and Africa," he asserted.

The ILO chief called for concerted and joint action at the national and international levels to eliminate child labor in domestic work.

"We need a robust legal framework to clearly identify, prevent and eliminate child labor in domestic work, and to provide decent working conditions to adolescents where they can legally work," he said.

The international labor official said that about 215 million children were engaged in child labor worldwide, some 115 million of whom were involved in hazardous work. He noted that child labor figures in the Asia and Pacific regions had declined by some 96 million, while numbers in Latin America were down by about 10 million.

Kukkikate regretted that, in the case of Nigeria and other sub-Saharan African countries by contrast, child labor figures continued to rise.

He linked the phenomenon to persistent poverty, rising populations, cultural and religious practices and illiteracy.

According to UN estimates, some 35 million Nigerian adults – out of a total population of almost 170 million – cannot read or write.