"For executives there is no such thing as set hours. We work like crazy," said one manager at an online retail firm meant to work a 39-hour week but who puts in at least 50 with no extra pay and eats a sandwich at his desk for lunch. 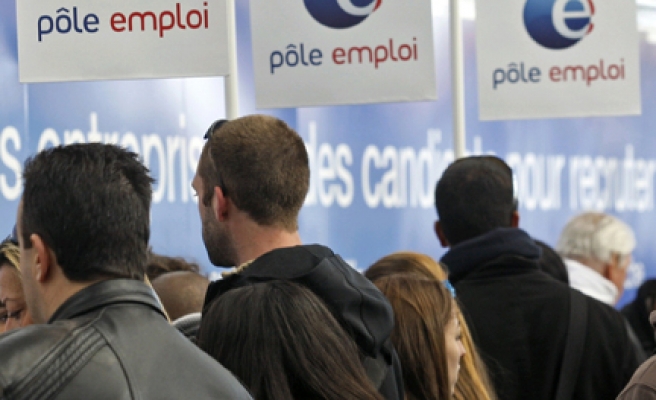 A work week famously limited by law to 35 hours has become a distant dream for many French, as executives chase ever tougher deadlines and the rank and file look to make ends meet with overtime.

French workers put in an average of 39.5 hours a week in 2011, continuing a steady rise in the decade since the 35-hour work week was introduced and not far behind an EU average of 40.3 hours, according to a labour ministry report.

That still puts them behind the British on 42.4 hours and the Germans on 41. But, defying some foreign stereotypes of a nation shy of hard work, the French work longer hours than the Belgians, Finns, Dutch, Italians, Irish and Danes.

French middle-management and above worked 44.1 hours.

"For executives there is no such thing as set hours. We work like crazy," said one manager at an online retail firm meant to work a 39-hour week but who puts in at least 50 with no extra pay and eats a sandwich at his desk for lunch.

Fiercely guarded by unions, France's move to a 35-hour work week was a flagship reform of the Socialist government in power during a boom at the end of the 1990s and was meant to stoke job creation. Instead, many employers say it has bloated labour costs and hurt their ability to compete globally.

Most companies have accords in place with unions for staff to work a 39-hour week and then convert the four extra hours of work a week into anything up to two dozen extra days holiday a year, known as "RTT" days.

The Paris-based Organisation for Economic Co-operation and Development, which uses a different methodology to compare different countries, found the French worked 1,479 hours in 2012 compared with an average of 1,765 across its 34 members.

While France's 5.3 million public sector employees are often accused of sticking rigidly to a 35-hour week, private sector workers such as taxi drivers and waiters commonly complain of long hours. At the other end of the scale, so do top business executives and even senior government advisers.

One oil industry executive, who also declined to be quoted by name, told Reuters he suffered medical burnout after spending two years working from 9 a.m. until 10 p.m. five days a week under pressure from his bosses, who worked even later.

"This is the problem of France. It's cut in half. Half the French are working like madmen to make up for the other half who stick to their hours," said Gerard Dussillol, an investment adviser and author of a 2012 book on France's economy.

"Companies can't afford to recruit at the moment so people with jobs are having to do more and more," the executive said.