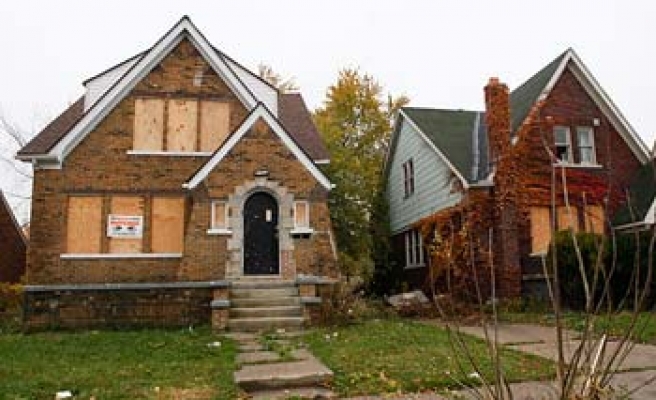 J.P Morgan Chase Bank Economist Mehmet Ozhabes spoke to Anadolu Agency about house prices in Detroit, once a symbol of US industrial power and which filed for bankruptcy, saying the bankruptcy had negative impact on housing prices.

He said, " About 15,000 houses have mortgage payment problem or are seized. 78,000 buildings are deserted or empty. So, there are rumors saying 'Houses are sold for a few hundred dollars in Detroit', but these houses are in bad conditions."

The status in Detroit had been the biggest local government bankruptcy so far and city's bankruptcy showed that services could not be given any more, recorded Ozhabes.

Expressing Detroit's problems were due to globalization and the economy in Detroit was influenced as the production sector passed to countries which had low-cost such as China since 2000, Ozhabes stated population in Detroit decreased by 26%, unemployment rate reached to 18% and American average was 7.6%.

Decreasing population, lowering employment and increasing unemployment showed that tax incomes decreased and crisis of 2008 had also an impact on Detroit, noted Ozhabes.

Stating increasing pension fund costs brought an additional burden for the budget, Ozhabes also added that burdens of the city increased due to problems such as old computer systems, very slow working bureaucracy and increasing crime rates, and the city went bankrupt as the debt excessively increased which could not be paid.

The problems in housing sector constituted a separate problem for income sources of the city and the tax received from houses decreased 20% in recent 5 years, said Ozhabes, adding taxes in Detroit were relatively high and people might desert the city in case of an increase in taxes, which was not practical.