For now, though, Asia's robust fundamentals including sound budgets and high reserves would offer a buffer, but there was no room for complacency, the Manila-based ADB warned. 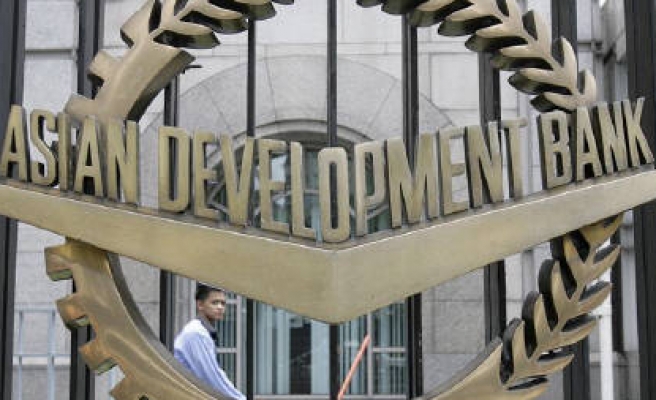 Asia's emerging economies will grow robustly into 2012, led once again by China, although troubles in the United States, Europe and Japan will clip their momentum, the Asian Development Bank said in an updated economic outlook released on Wednesday.

The resilience of the region, which has led the world since the 2008/09 global financial crisis, means policymakers cannot relax in the fight against inflation even as global growth concerns overtake price pressures as the dominant economic risk.

That will keep investors edgy and capital flows in Asia volatile -- both inflows on the region's outperformance and the chance of a sudden withdrawal if risk appetite is pared, the ADB said in its Asian Development Outlook 2011 Update.

Despite global woes, growth will remain healthy across the region, the ADB said. Developing Asia -- made up of 45 countries in Central Asia, East Asia, South Asia, Southeast Asia and the Pacific -- is expected to grow 7.5 percent in 2011 and 2012.

Changyong Rhee, the ADB's chief economist, said while the forecasts did not assume a "doomsday" scenario of a Greek default, such a development could trigger something akin to the 2008/09 financial crisis, with the world's ability to rebound much diminished from before.

"If it does happen this time, I don't think there's room for the U.S. and Europe to bail out their banks again and (to engage) in fiscal expansion, so only the one side expansion of Asia . I believe is not enough to save the world," Rhee said in at a media conference in Hong Kong.

For now, though, Asia's robust fundamentals including sound budgets and high reserves would offer a buffer, but there was no room for complacency, the Manila-based ADB warned.

Rhee said Asia and China's purchases of distressed European sovereign debt could play an important symbolic role in calming roiled markets, given the region's dependence on Western demand for exports and capital inflows.

The tentative recovery in major industrial economies had been undermined by the ratings downgrade of the United States, Europe's debt problems and Japan's triple disaster in March, ADB President Haruhiko Kuroda said, but noted the region's economies were still growing led by India and China.

In parts of Asia, inflation concerns have eased as commodity prices have come off their 2011 peaks while worries about the global economy have grown. But the ADB said the prices could spurt higher again and further policy tightening may be needed.

Inflation across the region was forecast at 5.8 percent this year, compared with the April projection of 5.3 percent, while the outlook for 2012 was unchanged at 4.6 percent.

"If commodity prices resume their climb and the current weakness in the global recovery turns out to be temporary, regional central banks will have to speed up the process of monetary tightening, especially where inflation is already high," the ADB said.

Many of Asia's central banks have paused their rate-hiking cycles as global uncertainties grow. China may put further tightening on hold after inflation abated somewhat in August while some analysts say India is expected to hike rates only once more by year-end as output growth falters.

The ADB's Rhee didn't see a hard landing for China, but added the People's Bank of China might become less aggressive on monetary policy in coming months given the global uncertainty.

The ADB said allowing some exchange rate appreciation could help contain inflation by lowering import prices, and that could be combined with temporary capital controls designed to curb unwanted hot money flows which have been preventing some policymakers from raising rates in the inflation fight.

"With real interest rates having turned negative in several countries, more monetary tightening is necessary to control inflation both over the next 2 years and the medium term, when the global economy will regain momentum," the ADB said.

Inflows to Asia have moderated as concerns over the global economy have grown this year, the ADB said.

There were two main concerns about a surge in short-term flows. First, cash flowing in can complicate efforts to cool economies, and can weaken the effectiveness of monetary policy. Second, inflows can be followed by a destabilising reversal.

"Regional policy makers may therefore find it appropriate to use well-targeted measures to improve their financial supervision and regulatory rules, as the recent short-term flows are dominated by those coming through the banking channels," the ADB said.