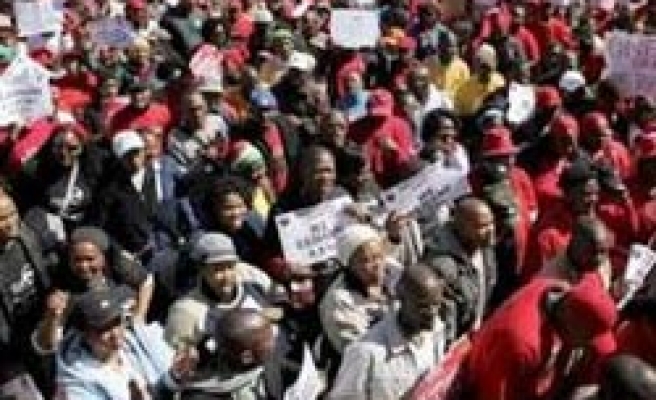 Unions representing more than 1 million South African state workers said on Tuesday they have rejected a revised government wage hike offer and will strike on Wednesday.

Last week the government offered to increase the monthly housing allowance to 700 rand ($95.70) from a previous offer of 630 rand, but refused to increase its wage rise offer of 7 percent.

The housing allowance alone would be equal to about 1 percent of government spending.

The unions are demanding an 8.6 percent pay rise, more than double the inflation rate, and 1,000 rand for housing.