Agriculture Minister says no hazard in baby food in Turkey

Agriculture Minister Mehmet Mehdi Eker said on Wednesday that there was no problem regarding baby food in Turkey. 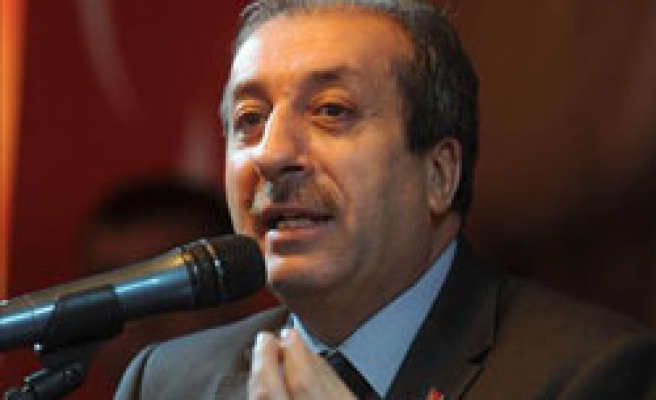 Turkish Agriculture Minister Mehmet Mehdi Eker said on Wednesday that there was no problem regarding baby food in Turkey.

"No substance hazardous to health was detected in baby food in Turkey according to laboratory analysis," Eker said while speaking at a meeting with representatives of exporters' unions.

Eker said standards in Turkey became harmonized with the standards of the EU countries, and noted that this would have a very important effect on exporters and exports sector.

"Of course Turkey has some problems. Today, we have tuta absoluta (a kind of tomato moth that damages the flowers, buds, leaves and fruit of the plant) problem. This is a problem occurring with the effect of globalization and rise in trade. Producing influential and rapid solutions to the problems is important," he said.

Eker said agriculture sector in Turkey feeds 70 million citizens as well as 30 million tourists. The sector separately sold farm products and food stuff to the world in return for 11.2 billion USD in 2009."

Expressing his regret over a report published by a chamber of trade, Eker said the report only included the imported products not those Turkey exported. Turkey's farm products exports is more than its farm products imports."

Eker said a magazine published by FAO showed the success of Turkey in agriculture sector to the world as example.

"There are slanders that Turkey buys even its wheat from foreign countries. In addition to the wheat produced in Turkey, the industrialists and exporters buy wheat when they can find cheap in world markets. They process this wheat and sell it," he noted.

"Turkey will be in an effort to catch up with its 40 billion USD exports target from now on," Eker noted.

Eker said food security chapter heading was opened with the EU last month, adding this was very important for the Turkish producer.

State Minister Zafer Caglayan, who addressed the same meeting, stated that total farm products could be raised to 20 billion USD in the medium term by giving importance to the production of goods that have high added value and with products appropriate for exports.

"It is important that Turkish producers should give importance to organic production," Caglayan said an noted that branding of fresh vegetables and fruits sector was important.