Ahmadinejad: Iran should focus on oil products, not crude

Qasemi is expected to meet Turkish officials on Thursday to try to revive demand from Iran's biggest European customer. 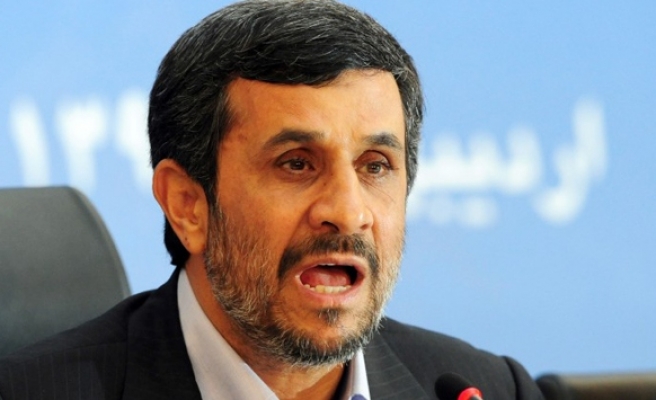 Iran should stop exporting crude oil and instead try to sell refined oil products, President Mahmoud Ahmadinejad was quoted as saying on Tuesday, a day after the United States moved to tighten sanctions on Tehran further.

"We must stop the exports of crude oil," Ahmadinejad was quoted as saying by the Islamic Republic News Agency (IRNA) in a speech opening a new refinery near Tehran.

"We must go in such a direction that we do not export crude oil, and this is doable through the development of refineries and distribution."

Iranian crude exports have fallen sharply because of U.S. and European Union sanctions aimed at starving the government of vital oil revenues for its nuclear programme by banning imports of Iranian crude and refined products.

Washington has prohibited U.S. companies from trading in all Iranian oil products for years, while an EU ban on importing crude and refined products came into effect on July 1.

Western government attempts to pressure Iran's biggest customers in Asia to reduce their trade have focused on crude because Iran struggles to meet its own needs for refined fuel.

Until 2007, Iran's inadequate refineries and rising demand made it highly dependent on imported gasoline - a vulnerability Western powers have targeted by blocking supplies to the country.

With most foreign energy companies and engineering contractors avoiding Iran for fear of angering Washington, Iran has been forced to push on with its energy projects alone.

Ahmadinejad said at the ceremony that Iran should also sell technical and engineering expertise it has gained from such projects, oil ministry website Shana said.

Saudi Arabia has boosted its oil production to counter the supply gap resulting from sanctions on Iran and help dampen prices that rose sharply.

"The price of oil is political and not based on economics, and if pricing were based on reality, the price of oil would be much greater than the prices in the markets now," Ahmadinejad was quoted as saying.

He complained that oil prices were being kept artificially low by world powers. Oil Minister Rostam Qasemi said $100 a barrel was a fair price, according to the Mehr news agency.

Qasemi said on the sidelines of the same Shahid Tondgouyan refinery ceremony that Iran hoped to turn one million barrels a day of oil into refined products rather than sold as crude by March 2016, according to the Fars news agency.

Qasemi is expected to meet Turkish officials on Thursday to try to revive demand from Iran's biggest European customer.

Benchmark Brent crude was trading around $106 on Tuesday, down from over $128 in early March.