A pilots strike at Air France stretched into its fourth day on Thursday, with the two sides still at odds in a dispute over cost cuts that has forced the airline to cancel nearly 60 percent of its flights. 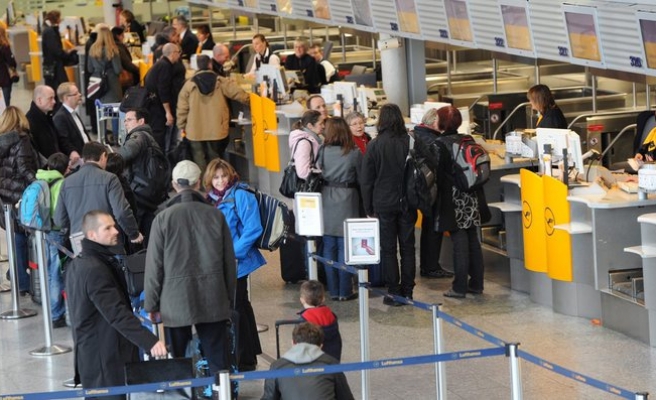 An Air France pilots union warned on Thursday that it could vote to extend an ongoing strike "indefinitely" if its demands are not met, as the airline was forced to cancel around 60 percent of its flights for the fourth day.

The pilots are carrying out a strike over Air France's plans to expand the low-cost operations of its Transavia brand by setting up foreign bases as it seeks to fight back against fierce competition from budget carriers.

Jean-Louis Barber, head of the Air France section of the SNPL pilots union, told Le Monde newspaper it may vote to extend the strike beyond a previously set limit of Sept. 22.

"The CEO of Air France cannot run the company without his pilots," Le Monde daily newspaper cited Barber as saying.

Air France-KLM Chief Executive Alexandre de Juniac said just 42 percent of flights would operate as pilots and management prepared for a new round of negotiations on Thursday.

"I am asking the pilots: come on board with us," Juniac told RMC radio earlier. "Negotiations are not over, we are starting again this afternoon."

Air France is trying to boost its earnings by expanding Transavia but says that in doing so it is not trying to replace Air France.

The SNPL union has said its members are worried the company will abandon Transavia's development in France, blaming them, and focus on its expansion elsewhere in Europe, moving jobs outside the country.

Juniac said he had told pilots there would be a strict separation between Transavia's French and European branches, with the latter not allowed to land in French cities where the former was operating.

In each hub where Transavia operates, pilots will work under local employment terms, which entail higher wages and more favourable conditions in France than in, say, Portugal.

The dispute highlights discrepancies in wages, labour conditions and welfare coverage between European countries which are theoretically part of a single market for goods and services, but in fact compete with each other for jobs.

"Air France management has total responsibility for the conflict with its pilots," the smaller SPAF pilots union said in a statement on Thursday.

"There is no exciting project for Air France pilots, only an unacceptable blackmail on their job conditions on the back of an industrial outsourcing strategy."