Air France strike crisis deepens as both sides dig in

The pilots are protesting over plans to expand the low-cost operations of its Transavia unit by setting up foreign bases as Air France seeks to fight back against fierce competition from budget carriers. 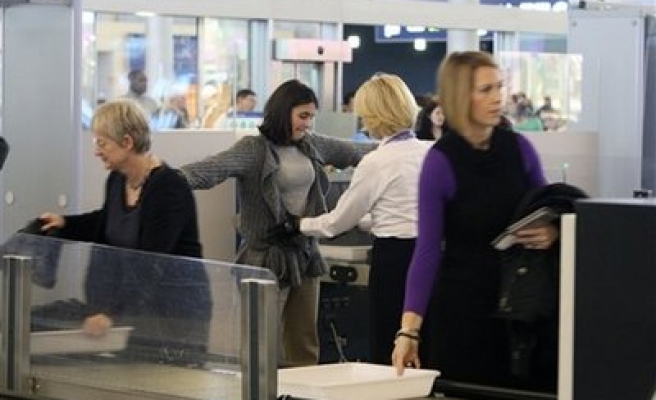 A bitter Air France labour dispute deepened on Monday as management pledged to press ahead with its low-cost airline ambitions and pilots said that an eight day-old strike over the proposals would continue indefinitely as a result.

Air France's Franco-Dutch parent Air France-KLM wants to develop its own low-cost brand, Transavia, with hubs in France, the Netherlands and Europe in an attempt to maintain market share for Europe's second-largest carrier by revenue in the face of fierce competition in the sector.

However, Air France pilots fear that the move - particularly for those hubs that will hire pilots outside France - will end up eroding their pay and conditions, which are among the best in Europe.

The strike has grounded 60 percent of Air France flights and is costing Air France-KLM up to 20 million euros ($25.7 million) a day.

Prime Minister Manuel Valls stepped in on Monday to back the management.

"For the image of France, the image of the company and its future, for the employees themselves and clearly for customers and passengers it is time to find a solution," he said.

The CFDT Air France union, which represents ground staff and flight attendants but not pilots, criticised what it called a "disproportionate" and "exorbitant" strike and said anger was growing among the airline's other workers.

His intervention, during a visit to an Airbus plant in Hamburg, came as he battles rebellious left wingers in his Socialist government who think he is giving away too much to big business. He is also trying to convince European partners that France is serious about the labour reforms they see as necessary if the country is to kick-start its weak economy.

Earlier on Monday Chief Executive Alexandre de Juniac said that in light of the dispute he would postpone until the end of the year plans to create new foreign hubs for Transavia in an effort to buy time for detailed talks, but he said he would press ahead with plans to develop Transavia in France.

He said his plans were aimed at averting "catastrophic consequences" for the company.

Acknowledging there had been no progress in talks with the unions, he threatened to abandon a 2007 deal on a staged rollout for Transavia in France, instead moving more quickly to add planes and recruit pilots regardless.

The main pilots union SNPL described the proposal as "unacceptable" and an attempt "to put out a fire by blowing on the embers". The smaller of the two main unions, SPAF, said it also rejected the management position.

"Alexandre de Juniac has completely lost the confidence of the pilots," Jean-Louis Barber, head of the Air France section of SNPL, told a news conference.

"As long as management does not change its philosophy and as long as Air France management will not conduct real talks in a cooperative spirit to counter low-cost (airlines), Air France pilots will be on strike."

The company's shares dropped more than 5 percent as it became clear the parties were as far apart as ever.

Facing an array of low-cost European rivals, Air France announced this month that it planned to beef up Transavia, more than doubling passenger numbers to 20 million by 2017 and developing a significant part of the business outside France.

The dispute highlights discrepancies in wages, labour conditions and welfare coverage between European countries which are theoretically part of a single market for goods and services but in fact compete with each other for jobs.

In each hub where Transavia operates, pilots would work under local employment terms, which entail higher wages and more favourable conditions in France than in, for example, Portugal

The management statement emphasised that developing its own low-cost service was vital to the carrier's financial health.

Among union demands are that Transavia employ pilots under Air France terms. The company has rejected these and said on Monday that they would "inevitably lead Transavia France to failure".

The main SNPL union has already extended strike action to Sept. 26. SPAF has extended its strike to Sept. 24 with an option to prolong it further.