Air France said on its web site it expected to operate 48 percent of its flights on Monday, but "last minute disturbances are not excluded". 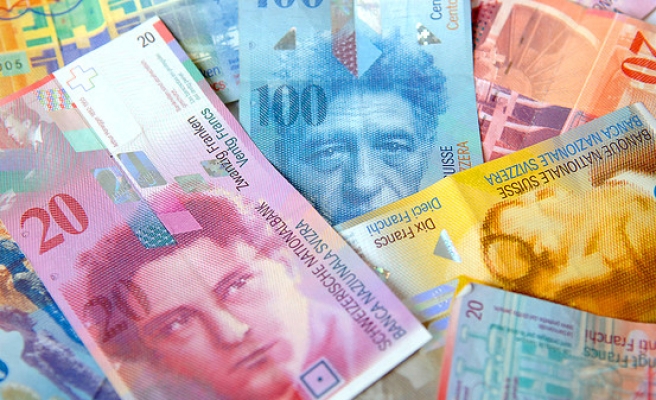 European travellers face continued disruption as Air France pilots began a week-long strike in a dispute over cost cuts, but a pilots union at the last minute called off a strike planned for Tuesday at Germany's Lufthansa.

Air France said it had been forced to cancel six out of 10 flights on Monday and predicted the same level of groundings the next day.

Air France pilots intend to strike until Friday over the carrier's plans to expand the low-cost operations of its Transavia brand by setting up foreign bases. Their union said they stood ready to prolong the strike as both sides accused the other of causing an impasse in weekend negotiations.

An extended strike could become the airline's most serious dispute since a 10-day stoppage that disrupted France's hosting of the World Cup soccer tournament in 1998, union leaders said.

In Germany, pilot union Vereinigung Cockpit late on Monday said it had cancelled an eight-hour strike planned for Tuesday at Germany's biggest airline Lufthansa, which would have been the fourth strike to hit the airline within three weeks.

New competition from low-cost rivals and fast-growing long-haul carriers in the Gulf has prompted European carriers to speed up restructuring measures and tweak their business models.

Alitalia is set to undergo restructuring and loss-making Finnair said last month it is taking rapid steps to cut its costs. But Lufthansa and Air France-KLM, which have both issued profit warnings in recent months, have a history of stormy relations with their powerful unions.

Air France-KLM Chief Executive Alexandre de Juniac said the strike would cost Europe's second-largest flag carrier 10-15 million euros ($13-19 million) a day. He said it could have a damaging impact on the group's finances, but declined to say how quickly that might happen.

Both sides expressed frustration over the failure to narrow differences over how pilots from the main airline would be recruited to the low-cost operation. Air France said pilots had meanwhile gone back on past agreements over the airline fleet.

"It is as though we had talked for 20 hours for nothing," de Juniac told a news conference.

Transavia operates a fleet of Boeing 737 aircraft and de Juniac said Transavia was ready to buy 22-23 more as it creates new opportunities for pilots and 1,000 new jobs.

Pilots union SNPL said it had proposed that Air France-KLM switch to Airbus A320s for the whole group, allowing pilots to switch between carriers according to the level of demand.

But both sides said the biggest roadblock was the pay and conditions for pilots switching from Air France to Transavia.

De Juniac said the plan would tap opportunities for growth that would otherwise not exist and allow long-haul co-pilots to move ahead in the queue for promotion to captain.

But SNPL accused Air France of carrying out a disguised form of offshoring by proposing to base some Transavia pilots in foreign bases on lower benefits and longer hours.

So far the strike at Air France-KLM, created from a merger of French and Dutch carriers in 2004, only involves French pilots. But Dutch pilots who fly for KLM warned they could drop their traditionally conservative stand on industrial action.

"The last strike we had was in 1995; we don't even know how to spell the word 'strike'," said Steven Verhagen, president of the Dutch Airline Pilots' Association.

"We are eager to see Transavia as a European company but ... we don't want to see pilots from lower-cost countries taking our jobs. There is no imminent strike, but this could happen in the near future," he told reporters. "We urge Mr de Juniac to find a solution (instead of) wasting money on playing hardball games."

In Germany, pilots cancelled a strike planned for 0700-1500 GMT on Tuesday at Lufthansa after receiving an adjusted list of demands in the ongoing row over an early retirement scheme. They want Lufthansa to maintain a scheme that allows pilots to retire early at the age of 55 and still receive up to 60 percent of their pay before regular pension payments start.