Albania to replace jailed CB governor with a banker

Fullani, governor for 10 years and formerly a banker in the private sector, was arrested over the theft of 713 million leks ($6.6 million) by a central bank employee. 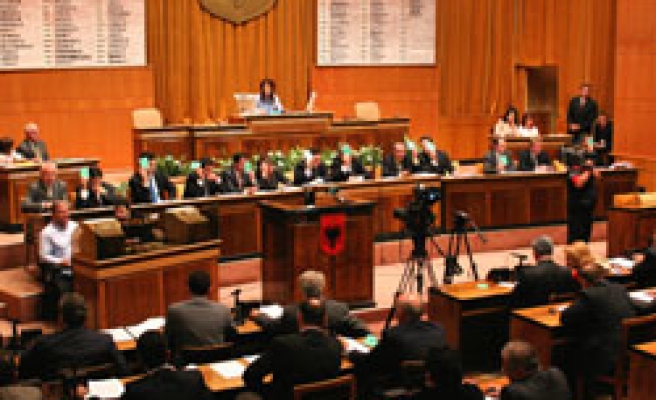 Prime Minister Edi Rama said on Monday that Albania's new central bank governor will not be a politician, signalling that parliament intends to approve a proposal from the central bank's board to sack Ardian Fullani after his arrest.

Fullani, governor for 10 years and formerly a banker in the private sector, was arrested over the theft of 713 million leks ($6.6 million) by a central bank employee. He said he was "absolutely innocent" of the charge of abuse of office when a court ruled on Sunday that he must await trial in jail.

Rama said his ruling Socialist Party would not vote for a replacement from among "politicians or former politicians ... who would not help foster the Bank of Albania's reputation".

Democratic Party chairman Lulzim Basha met with President Bujar Nishani on Monday to express the opposition's support for the bank's independence and for stability in monetary policy.

Basha, whose Democrats gave Fullani a second seven-year mandate when in power three years ago, prompting Rama to call Fullani the "worst choice", had voiced concern about the ruling parties wanting to "take control" of the central bank.

Speaking at a news conference on Monday, the prime minister said: "We surely want to give the Bank of Albania a governor who will be hailed internationally as an incontestable professional and moral candidate."

"The new governor must be an expert of the banking system and must come only from banking," Rama told reporters, also ruling out any former finance ministers as possible contenders.

Three vacancies need filling in the nine-member board, and Rama said his party and its allies would act "speedily and decisively" while respecting the bank's independence.

Both Nishani and Rama have backed Elisabeta Gjoni, Fullani's deputy whom the board chose as acting governor. She will be the last of the board members to be interviewed by prosecutors about the lack of oversight at the bank.

Prosecutors say Fullani's failure to propose a second deputy governor for years created a vacuum in the team supervising the storage of banknotes in the vault. As chairman of the supervisory board, he had also failed to win approval for rules on the functioning of the treasury, making the theft possible.

In total, 18 central bank employees have been arrested, including the entire team that ran the vault.

Maksim Haxhia, Fullani's lawyer and a former prosecutor general, told Reuters the head of an institution should never be held responsible for a crime someone else had committed and confessed to, calling the charge "a very dangerous precedent".

He said Fullani's arrest was the easiest way to remove him from his job.