Earnings from oil and gas, which account for 97 percent of Algeria's total exports, fell to $34.50 billion from $37.12 billion in the first six months of 2012, according to the customs data. 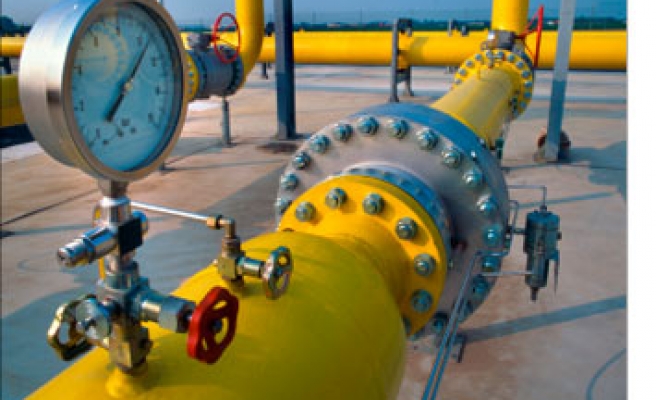 Algeria's oil and gas exports fell 7.05 percent in the first half of 2013 from a year ago, official figures showed, hit by lower crude prices and smuggling and hurting foreign exchange earnings and government revenue.

Earnings from oil and gas, which account for 97 percent of Algeria's total exports, fell to $34.50 billion from $37.12 billion in the first six months of 2012, according to the customs data.

Algeria started in 2010 to implement a $286 billion five-year plan to modernise its basic infrastructure and address social problems including unemployment and a housing shortage for its population of 37 million.

The customs statistics showed that the volume of crude exports also declined as delays hit some projects.

As for oil products, maintenance and improvement work at the main refineries have forced the government to increase imports.

The higher spending on fuel purchases from abroad has coincided with the government's campaign against smugglers operating across its western, eastern and southern borders.

More than 1.5 billion litres of fuel are being smuggled annually, Energy and Mines Minister Youcef Yousfi said earlier this month, mainly to non-oil producing neighbours Morocco and Tunisia. He said the trafficking was "dangerous for the national economy".

"He ordered a series of measures by customs and security services to strengthen control in border areas affected by this scourge," Henad Rezki, head of the customs effort to combat smuggling, told the official APS news agency.

"This is a phenomenon that persists and grows. Although customs manages to thwart these fraudulent transactions, it remains that these smuggling networks are able to sometimes escape our daily vigilance," he said.

Algeria's fuel prices are among the lowest in the world, with unleaded petrol costing 23 dinars ($0.28) per litre.