An impasse in Paris, a gamble in Athens: how Greece returned to crisis

Greek government officials argued that they only needed to find additional cuts worth about 500 million euros. 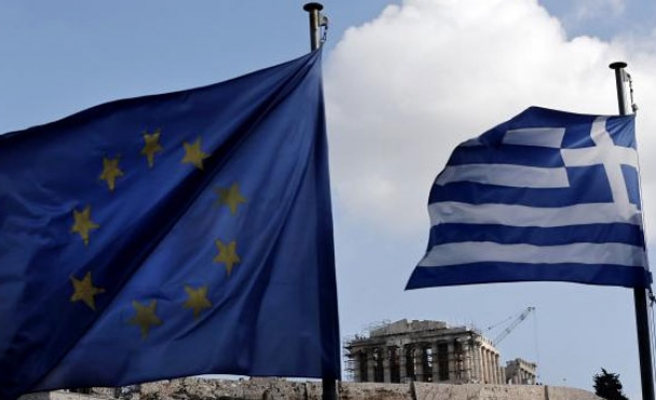 After four years of economic sacrifices, Greece bet it could agree an early end to its international bailout. Instead a stand off with creditors in a Paris townhouse led to new political uncertainty and another euro zone storm.

The collapse of talks in Paris on Nov. 26 set off a month-long sequence of events leading to elections next week and proving Greece is still the region's weak link. The vote is expected to be won by Syriza, a far-left party opposed to the bailout, worrying investors and creditors alike.

At the tense meeting with Greek cabinet members to discuss exiting the four-year 240 billion euro aid package in December, a year early, International Monetary Fund and European Union officials insisted on extra cuts or revenues in the 2015 budget, according to people present.

"They were giving us the impression that no matter what we did, they would not conclude the review," one Greek official said on condition of anonymity because of the confidential nature of discussions between Athens and its lenders.

"After that Paris meeting, we knew it was over."

EU and IMF spokespeople declined to comment for this story.

Heated discussions between Athens and its lenders are not uncommon but Greek officials said the uncompromising stance of the inspectors was rooted in something neither side would openly admit: uncertainty over whether Samaras's government would survive a presidential vote scheduled for February.

For the lenders, it would make little sense to declare the aid programme a success and disburse the final tranche of over 7 billion euros in aid if an anti-bailout government was soon set to take power and abandon the pledges made so far.

But for Samaras, failing to exit the deal early, as he had promised, left him without a weapon to win over lawmakers in the February vote. It also weakened him in the eyes of the electorate, driving voters into the arms of the Syriza party.

Trying to leverage his dwindling political capital, he brought the presidential vote forward to December, but then lost, triggering elections on January 25th.

Investors and Greece's lenders fear Syriza will turn back the clock on many of the reforms introduced over the past few years, weakening its position in Europe and possibly pushing it out of the euro zone currency area. Stocks tumbled and 10-year bond yields soared beyond 10 percent earlier in January.

"Syriza policies would be unlikely to satisfy the lenders," said Blanka Kolenikova, senior analyst at IHS Global. "Its policy programme would likely complicate Greece's negotiations with the creditors as it is unlikely to be received well."

CRISIS IN THE MAKING

Despite Greece's sudden return to the spotlight, trouble had been brewing for Samaras's government since May.

The momentum ought to have been clearly in his favour: Greece had just returned to bond markets after a four-year exile, it had reported a primary budget surplus after decades and there were signs of an economic recovery.

But Greeks were hurting from four years of wage and pension cuts. Unemployment was over 25 percent. The economic malaise helped Syriza storm to victory in European elections in May.

A botched introduction of a new property tax over the summer further added pressure on the government. By early autumn, polls showed Syriza firmly ahead and the troika was demanding further pension reform and tax hikes to ensure a near balanced budget.

Samaras was convinced he would not get any more austerity measures passed in parliament, a government official said.

Hoping to wrest back the momentum, he announced in late September a surprise plan to exit the unpopular bailout programme a year ahead of schedule.

But talks with creditors didn't follow as he hoped. In mid-November, the two sides were growing further apart on the 2015 budget. The IMF and EU said Athens needed to find cost-cutting and revenue-raising measures for an extra 2.5 billion euros.

Greek government officials argued that they only needed to find additional cuts worth about 500 million euros.

They were infuriated by the lenders' request for a contingency reserve for emergency outlays to be beefed up to 1.2 billion euros from 1 billion euros the previous year, arguing that it flew in the face of an economic rule.

"The (bailout) talks crossed paths with the presidential vote...leading us to a very tough situation," said Deputy Prime Minister Evangelos Venizelos. "We did the best we could."