The new station will be built on an area of 21,600 square metres after displacing of the current railway station in Ankara. 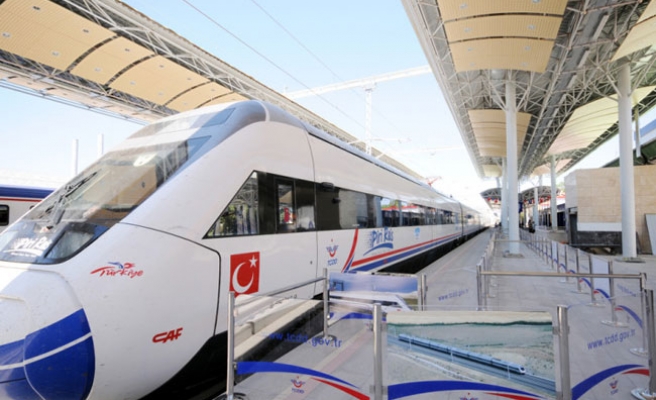 Project of General Directorate of State Railways of the Republic of Turkey (TCDD) for building of High Speed Train Station in capital Ankara has received only one bid from the consortium of Limak, Kolin and Cengiz construction firms.

Ismail Duman who led the commission of the tender in Ankara on Tuesday spoke at the opening and stated that the build-operate-transfer project which previously and successfully was applied in the construction of airports will be applied in the railways construction project for the first time. He stated that if they receive pleasing results, they will continue applying the same system on further projects.

He added that 10 firms had obtained specifications for the tender and the only bid came from Limak, Kolin and Cengiz construction consortium.

According to specifications that the period of construction should not be more than two years long and after required inspections the letter of operating time will be opened in front of the press, said Duman.

The new station will be built on an area of 21,600 square metres after displacing of the current railway station in Ankara. It has been planned that the new station will come up to international standards and there will be cafes and a hotel.

TCDD released for the first time that bids would be going for tender on January 2011. After a few potential problems over the metro line, bidding was postponed in February 2011.

Later on TCDD released the tender bid of the Ankara High Speed Train Station on July 17, 2012 however it was postponed to August 28 with the demand of firms who obtained specifications.

Foundations of Kolin Group of Companies was laid down in 1977 with the establishment of Kolin Construction and it is a preferred business partner in several parts of the world as well as in Turkey provides services to a wide constituency which encompasses Libya, Azerbaijan, Uganda and Serbia. LIMAK was established in 1976 with the aim of operating in engineering and construction areas. Cengiz construction first came into market in 1980 which also have numerous giant projects of construction.