New natural gas route from Russia to Turkish-Greek border will not be just a transit project, but will turn Turkey into an energy hub, said Turkish Minister of Energy 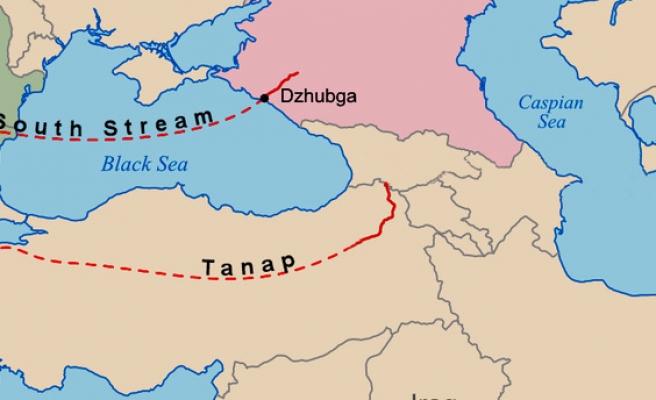 Russian President Vladimir Putin said that a new natural gas pipeline route through Turkey's northwestern Thrace region will be used, and a natural gas hub on the Turkish-Greek border will be built. Yildiz referred to the new project as the 'Turkish Stream' on Thursday.

"Turkey will not merely be a transit country for the new natural gas pipeline project from Russia through the Black Sea, but it could have a compact facility including an LNG terminal, said Taner Yildiz, speaking at the Bosphorus Energy Club's third meeting in Istanbul.

Putin announced last week that Russia will halt the construction of the South Stream natural gas pipeline planned to pass through Bulgaria to Europe.

"On Wednesday we began working on an alternative gas pipeline project with Russia, its route through the Black Sea ensuring that the Thrace region will become a gas hub," Yildiz said.

"I believe this project can be realized. We have to be very clear and transparent about this project. Everything will be negotiated openly," he said, adding that the assessment of the project will be conducted from this point until it is realized in 2019.

Yildiz also stated that negotiations with the Russian natural gas company Gazprom are ongoing to agree on a definitive gas purchasing price for Turkey.

"We talked with the Gazprom officials yesterday about a discount in gas prices. We want to conclude this before the end of the year," he said, adding that they will meet twice more with Gazprom to this end.

While Russia wants to sell natural gas to Turkey at a six percent discount rate, Turkey aims to have a discount of 15 percent.

TANAP will not be affected

"We would not be involved in a project that would threaten TANAP, which is our own project. No one should be uncomfortable about the future of TANAP," Yildiz stressed.

Speaking about the decline in oil prices, Yildiz stressed that Turkey is not insistent on keeping low oil prices.

He said that a reasonable price range for oil is between $70-$80, and remarked that prices below these levels would harm both sides - buyers and sellers.

Yildiz stressed that the most important factor for oil prices is sustainability.

“We would definitely rejoice if oil prices dip below $10 per barrel, but if prices go up sharply after three months, that would be dangerous. High fluctuations would harm our economy more in the long term,” he concluded.

Oil prices have been in a steep decline since June, and they have been falling at a rate of 40 percent since then. The global benchmark Brent crude oil price reached below $64 per barrel on Wednesday.