Arakan State Minister of Electricity and Industry Aung Than Tin said the firms would mine sands for aluminum and titanium deposits at sites along the beaches of Rathedaung and Maungdaw townships. 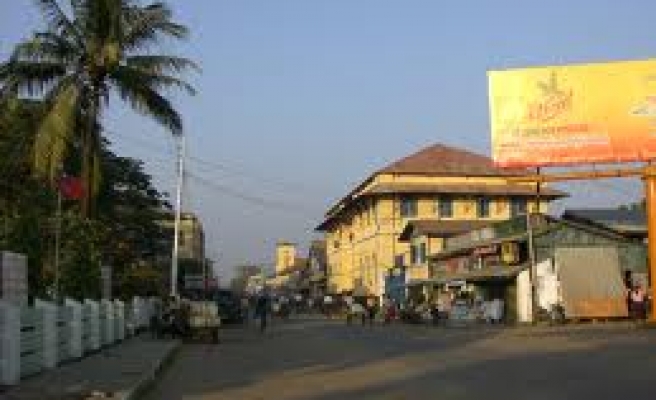 A Chinese and a Luxembourg-registered firm have obtained Arakan State government approval to begin mining aluminum and titanium deposits located on beaches in the north of the state, said Arakan State Minister of Electricity and Industry Aung Than Tin.

He added that final approval from Naypyidaw for the projects, which are located in strife-torn parts of the state, was expected soon, reported the Irrawaddy.

State government approvals were granted to a Chinese company called Shwe Shapweye (which means Gold Finder in the Burmese language) and the Luxembourg-registered Boulle Mining Group, Aung Than Tin said, adding that the firms needed to form a joint-venture with a Burmese partner.

“There is no objection from the state government to the projects,” he told The Irrawaddy, adding that the firms had “proved that the operation areas are outside of farmlands and forestry areas.”

Aung Than Tin, who until recently was state minister of mining, said the firms would mine sands for aluminum and titanium deposits at sites along the beaches of Rathedaung and Maungdaw townships.

The project sites would be located in townships where tens of thousands of people remain displaced after outbreaks of deadly inter-communal violence between Arakanese Buddhists and Rohingya Muslims last year. Maungdaw Township, a Muslim-majority area, has for many years been administered by Burmese security forces, which have been accused of committing of widespread human rights abuses against the population.

Boulle Mining Group’s website said it has mined for copper, cobalt and zinc in the war-torn Democratic Republic of the Congo, for titanium dioxide, ilmenite and zircon in Sierra Leone and for diamonds in Namibia.

A 2006 article in the Globe and Mail describes the firm’s owner Jean-Raymond Boulle as a controversial figure who “has had a long career in the diamond trade that has included brushes with rebel leaders during the civil war in the Democratic Republic of Congo and complaints about his business practices by a United Nations panel.”

The Chinese firm Shwe Shapweye has been prospecting for mineral deposits along the Ale Than Kyaw beach in Maungdaw and Angu Maw beach in Rathedaung since 2010.

A manager at Shwe Shapweye told Radio Free Asia’s Burmese-language service that mining operations on the beaches will start soon. He told the broadcaster that 1 ton of titanium could be produced by sifting through 500 tons of sand.

According to local villagers, the firm has already dug up massive amounts of sand while prospecting. The Chinese firm reportedly received security guarantees from the state government while carrying out the work.

A local civil society group, called the Wunlatt Foundation, said it was concerned over the projects’ impacts on the approximately 30 Buddhist and Muslim villages that are located on the coast near the planned mining areas.