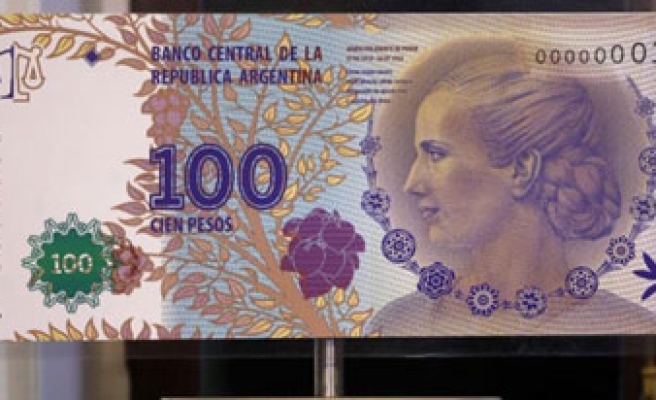 Argentina will launch a program Saturday for buying furniture, washing machines and other goods with no-interest payment plans in an effort aimed at reviving consumer demand as the economy sours.

The program allows Argentinians to buy select goods on credit cards in up to 12 installments without interest when bought between Thursdays and Sundays at an initial 1,300 shops and 56 chain stores.

The roster of outlets will be expanded to as many as 100,000, according to estimates by the Ministry of Industry.

“The program will be a motor of growth,” Alejandro Vanoli, head of the National Securities Commission, told the state newswire Telam on Friday. “It will strengthen the economy, above all in some sectors like the production of household appliances.”

Most economists expect the economy to contract by more than 2.5 percent this year.

She called on citizens to keep shopping to help the economy through the downturn.

“When you don’t consume out of fear of losing your job, you will eventually lose it because there is no market,” she said on national television. “The plan will protect national production and employment.”

“We should invest in things that we can touch and see,” she added.

Big ticket items have led the decline in consumer spending this year. Auto sales fell 34 percent in July compared to a year earlier, according to the Argentine Auto Manufacturers Association. Home appliance sales are down 7 to 8 percent compared with 2013 and supermarket sales are down 2 percent, government data shows.

Gaston Rossi, an economist at LCG, a consulting firm in Buenos Aires, said the payment program could spur consumption as people take advantage of the interest-free installments to shop now before prices rise with inflation.

But the overall impact on consumption is still questionable, he added.

This is for two reasons. First, consumer spending boomed between 2003 and 2011 when the economy expanded by an average of 8 percent a year and salaries rose faster than inflation. That has reduced demand for new durable goods this year, Rossi said. “People have already stocked up on goods, on cars, washing machines and smart TVs.”

Another reason is that this is the first year that real wages, or wages adjusted for inflation, have declined since the country emerged from a 2001-02 economic crisis, Rossi said.

Nominal wages are on track to rise 30 percent this year compared with 2013, yet with inflation expected to end the year at a lowball 37 percent, that means there will be a decline of 7 percentage points in real wages, he said.