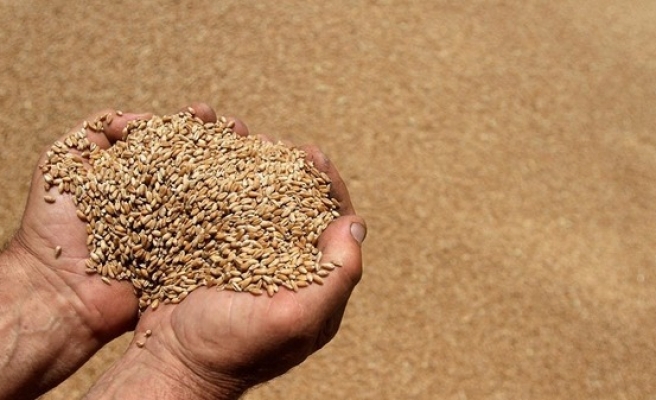 Argentine farmers are criticizing a government decision announced on Monday which limits wheat exports, saying that official policies have driven up food prices and will make it even harder to do business in the country.

Carlos Garetto, president of Coinagro, one of the four big farming groups in Argentina, said that due to the surplus of wheat there is more export potential than the 1.5 million metric tons allotted by the government.

“The country is never going to lack wheat,” Garetto said. “The tons are available.”

His comments came after Argentine Economy Minister Axel Kicillof announced that the government would only allow 1.5 million tons, or 16% of the 2013/14 harvest to be exported. Of that, only a third can be exported immediately. The government will open up the rest for export gradually.

That is the lowest exportable amount of wheat since 1978, when 1.44 million tons were allocated for export, Buenos Aires-based newspaper La Nacion reported.

Kicillof said that the decision is designed to keep a lid on domestic bread and flour prices.

The price of bread surged 70% last year due to a shortage of flour after the government authorized five million tons for export.

Wheat farmers had estimated that the 2012/13 harvest would reach 12.5 million tons, however only 8.2 million was produced, leading to shortages and an increase in bread prices and other wheat-based- products.

“They either made a mistake or lied to the state,” Kicillof said.

Argentina consumes 6.5 million tons of wheat a year. While that would mean the country could export 2.7 million tons from the 2013/14 harvest, Kicillof said the government wants to make sure there is enough bread and flour available domestically at reasonable prices.

Eduardo Buzzi, president of the Agrarian Federation, told a local radio station on Tuesday that the government’s efforts to contain prices have failed, with the export limits putting a damper on increasing production of not only wheat but other products like beef.

Ruben Ferrero, president of the Argentine Agrarian Confederations, said that the government’s interventionist policies make it harder for farmers to do business because there is less “predictability” on sales and prices.

“The only thing that (the government) does is make products more expensive for consumers,” he said.

President Cristina Fernandez de Kirchner has failed to contain inflation since taking power in 2007, with consumer prices rising at an average of 20-25% a year; it now stands at 27%.

With more wheat available locally, the theory is that prices will come down, helping to slow inflation.

The president’s chief of staff, Jorge Capitanich, responded to the farmers on Tuesday, saying “there were complaints when they didn’t allow (wheat exports) and they complain when (the exports) are allowed.”

He said the limits on exports are designed “to guarantee” sufficient supplies of wheat.

“With wheat you make flour, and with flour you make bread,” he said. “The state is managing a strategic resource.”