Agriculture Minister Carlos Casamiquela said that farmers are sitting on 8 million metric tons of crops, mostly soybeans that could be exported to help arrest a decline in foreign reserves key for sustaining a stable exchange rate. 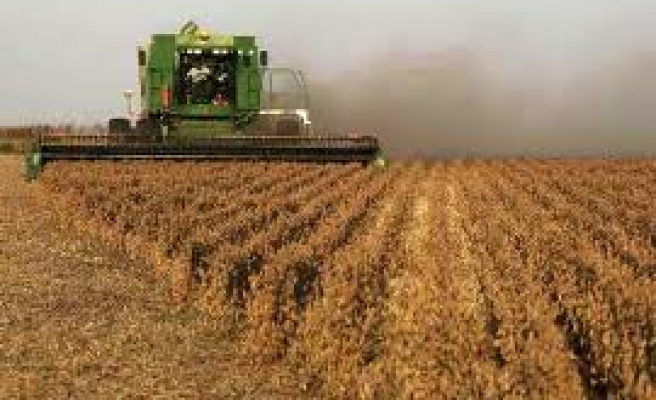 Argentina’s government has accused businesses, particularly within the agricultural industry, of withholding stock to protect themselves from the weakening peso and rising inflation.

“We are fighting alone against powerful groups seeking to establish a pricing system absolutely contrary to consumers,” Presidential Chief of Staff Jorge Capitanich said in a televised press conference on Friday.

Agriculture Minister Carlos Casamiquela said that farmers are sitting on 8 million metric tons of crops, mostly soybeans that could be exported to help arrest a decline in foreign reserves key for sustaining a stable exchange rate.

Capitanich said the withholding of crops is “greedy” because farmers are betting that the peso will depreciate further against the dollar, meaning that they will make more pesos on their exports.

The government devalued the peso to 18 percent, 8 per dollar last week, and has said it will seek to keep it at that exchange rate. But economists warn that the peso could drop further, as dwindling foreign-currency reserves make it harder for the Central Bank to satisfy growing demand for dollars.

However, the Farmers United Liaison Board responded to the government’s accusations, saying that in a market where all its inputs are tied to an unknown future dollar price, it is understandable that some farmers are deciding to stockpile their grain production.

“The government is looking for someone to blame for its own mistakes, as it always does,” the Board told South America Agency Merco Press.

They urged President Cristina Fernández de Kirchner's government to carry out “an anti-inflationary policy,” to stop “wasting the national reserves” and to stimulate “the production giving signs of trust”.

The government is betting that a surge in crop exports will help rebuild foreign reserves, which have tumbled 47 percent to a seven-year low of US$28.3 billion from nearly US$53 billion in 2011.

Argentina relies on the reserves to pay the national debt and cover imports, particularly for much-needed energy supplies. Normally dollar inflows start to surge in March and April as farmers export corn and soybeans, among the country’s largest exports.