The new bills will be legal tender, but it was not immediately clear how many would be issued or when they would enter circulation. 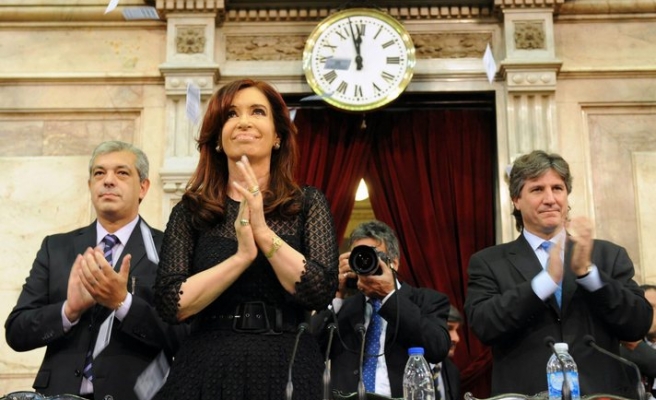 The bill is based on the design of a five-peso note that the mint had planned to issue after Evita died of cancer at the height of her popularity, but which went missing during the coup that toppled her husband, late former President Gen. Juan Peron.

"It's a homage that we don't just owe to her, we owe it to ourselves," said Fernandez, who belongs to the Peronist party that has dominated Argentine politics since the late 1940s heyday of Peron and his wife Eva, known as Evita.

"She wasn't perfect, she wasn't a saint. On the contrary ... she was an ordinary woman who had the immense fortune to find her place with a man and with a nation," she said, proposing the Evita bills eventually replace the current 100-peso bank note bearing the image of controversial former President Julio Roca.

The new bills will be legal tender, but it was not immediately clear how many would be issued or when they would enter circulation.

Evita's figure is still very much alive in Argentine politics six decades after she died of cancer at the age of 33.

Fernandez, a center-leftist sometimes compared to the famous first lady, often invokes her memory in speeches. Just before last year's election, she unveiled a huge portrait of her on the Health Ministry building.

Evita, who found fame as an actress before marrying Peron, is adored by many Argentines for helping women get the vote, securing labor benefits for the working classes and founding hospitals and orphanages.