European stocks were set to track their Asian peers lower, with Germany's DAX seen opening as much as 1.7 percent lower by financial bookmakers. 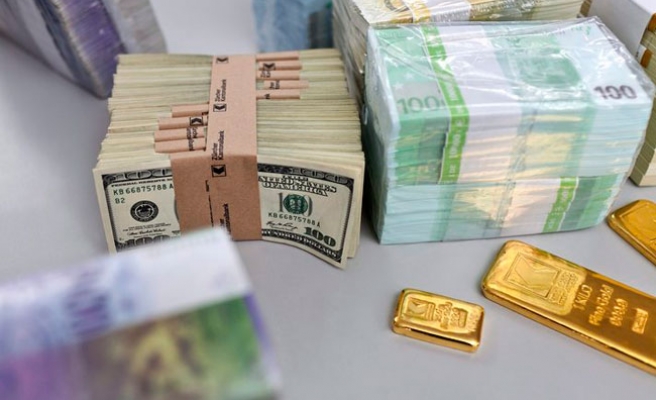 European shares looked set to follow Asia lower on Thursday as investors in that region locked in profits on worries about faltering global demand, while the Swiss franc fell sharply on speculation the Swiss central bank was intervening in the forwards market.

Commodity and technology shares dragged the region's shares lower as investors skimmed off some of this week's gains amid lingering worries on the outlook for the U.S. economy and euro zone debt.

European stocks were set to track their Asian peers lower, with Germany's DAX seen opening as much as 1.7 percent lower by financial bookmakers.

With market sentiment still fragile, investors will closely watch a flurry of U.S. economic data later in the day including weekly jobless claims, existing home sales and business conditions in the Mid-Atlantic region.

Investors' demand for safe-havens has remained so strong that an announcement by the Swiss National Bank (SNB) on Wednesday that it would expand its liquidity policy failed to bring down the franc as markets had expected more radical measures such as an exchange rate peg.

"What drove the Swiss stronger is less speculation and more fear of things going wrong in the euro zone. Until that's fixed, it's very difficult to see how the SNB can win," said Rob Ryan, FX strategist at BNP Paribas in Singapore.

The SNB has been adding billions of francs in additional liquidity, pushing short-term interest rates down via the forwards. Its actions have pulled rates into negative territory.

On Thursday, traders cited talk that the SNB was at it again, flooding the market with liquidity.

Markets are a lot calmer compared with last week, when a crisis of confidence swept through global financial markets after Standard & Poor's cut the United States triple-A credit rating, pushing investors into safe havens such as gold and the Swiss franc.

John Woods, chief investment strategist at Citi in Hongkong, told Reuters Insider that a strong gap has begun to emerge in the market performance of export-oriented Asian countries such as Taiwan compared to markets that are driven by domestic demand like China or Indonesia.

"I suspect there will be an outperformance both in terms of equities and currency of the more inward, domestically oriented countries," he said.

"The mood has improved over the past week from sheer panic to a more garden-variety uncertainty about the future," said Bricklin Dwyer, economist at BNP Paribas.

The dollar continued its gradual decline against the yen, slipping to 76.65 yen , well off a high above 80.00 set earlier this month after Japanese authorities intervened to weaken the yen.

Japanese Finance Minister Yoshihiko Noda said on Thursday he will closely watch market moves, when asked by reporters about the yen's strengthening against the dollar overnight.

"The Bank of Japan is caught between a rock and a hard place," said Jessica Hoversen, FX analyst at MF Global in New York. "Intervention did not work earlier this month, but investors also do not want to be caught on the wrong side."