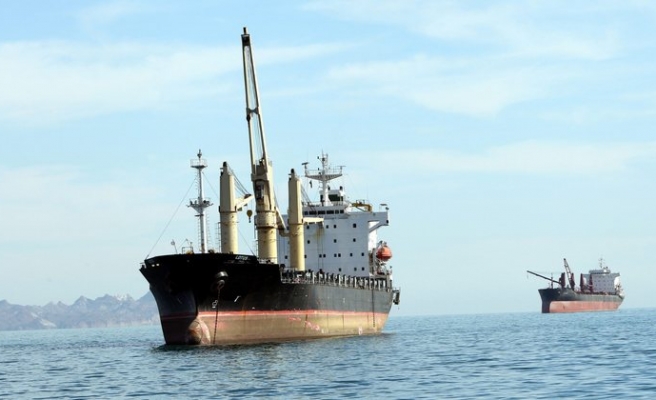 Asian buyers increased purchases of Iranian crude by 22 percent in January from a year ago as the grip of sanctions imposed since 2012 loosened following a landmark agreement in November to curtail Tehran's nuclear programme.

The OPEC member's oil sales in January to its four biggest buyers topped the 1 million barrels per day (bpd) where Western powers wanted to hold shipments to maintain pressure on Iran to end the disputed programme.

China, India, Japan and South Korea together bought an average of 1.25 million bpd last month, government and industry data showed. They bought 1.03 million bpd in January a year ago.

Increased crude exports from Iran may cap oil prices after other OPEC producers such as Saudi Arabia and Iraq raised output to fill the gap created by the Western sanctions and outages in North Africa and the Middle East.

"Iranian exports are increasing and that means more supplies are coming into a market that is already well supplied," said Jonathan Barratt, chief executive of commodity research firm Barratt's Bulletin in Sydney.

"We are currently at the top end of the price range."

The import figures confirm data from sources who track tanker movements that show Iran's exports have been rising since the nuclear deal was struck in Geneva.

Last month, the United States and the European Union began following through on promised sanctions relief for Iran on oil exports, trade in precious metals and automotive services as the November agreement went into effect on Jan. 20.

As part of the relief, Iran has begun to receive payments from its top buyers on $4.2 billion in frozen oil receipts, with the second instalment of $450 million due on Saturday from South Korea.

Japan made the first payment of $550 million on Feb. 1, and India has said this week it is ready to pay $1.5 billion to Iran to clear part of its backlog on oil payments.

Toughened sanctions placed on Iran in 2012 more than halved its crude exports, costing it billions of dollars a month in lost oil revenue.

That jump - partly linked to data distortions as companies tend to book cargoes in advance of a week-long holiday that began on Jan. 31 this year - brought China's imports back to levels before Western sanctions were applied in early 2012.

India's imports from Iran more than doubled last month from December, reaching the highest since February 2012, as one state refiner returned from a three-month break as a buyer.

India's oil purchase from Iran in January surged to 412,000 bpd, up from 189,100 bpd in December and 44 percent higher than a year ago, data compiled by Reuters showed.

The big rise last month brings India's imports from Iran over April-January to about 201,000 bpd, still a decline of 26 percent from the same 10 months a year earlier.

That's below India's target of 220,000 bpd for the fiscal year that ends March 31, but if imports hold close to the January levels, earlier cuts could be wiped out.

South Korea imported about 65,000 bpd in January, a third of what the country purchased a year earlier.

China, India, Japan and South Korea together cut their purchases of Iranian crude by 15 percent in 2013 to an average of 935,862 bpd.