Selling a fleet of subs would mark the first time since at least the end of World War Two that Japan had sold a complete weapons platform overseas. 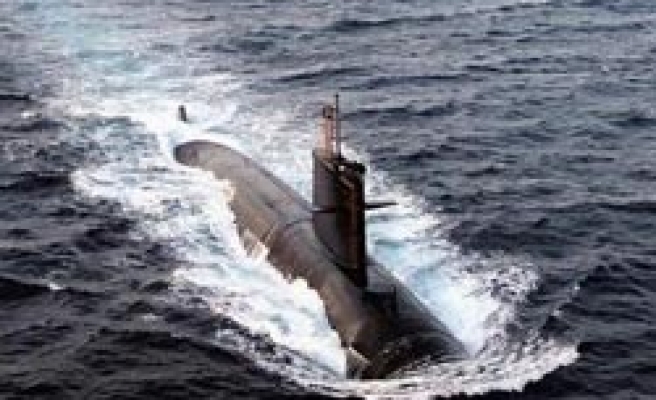 Japan and Australia are leaning towards a multibillion-dollar sale by Tokyo of a fleet of stealth submarines to Canberra's military in a move that could rile an increasingly assertive China, people familiar with the talks said.

An agreement is still some months away, three people said, but the unprecedented sale of off-the-shelf vessels based on the Japanese Maritime Self-Defence Force's Soryu class sub is emerging as the likeliest option.

Australia is eager to get the quiet-running diesel-engine subs from Japan, despite the political backlash that would follow from abandoning a government pledge to build the vessels at home, said a person with knowledge of Canberra's thinking.

"It is the best option out there," said the source.

Abe and his Australian counterpart Tony Abbott agreed in July to "enhance our security and defence cooperation", including the transfer of military equipment and technology.

Discussions have since moved rapidly from engine-technology transfer to a full build in Japan, with the goal of replacing by the 2030s Australia's six outdated Collins-class boats with 12 scaled-down versions of the 4,000-ton Soryu, the world's biggest non-nuclear subs.

"Discussions between Japan and Australia are gathering pace," one source said.

For Abe a deal, which could come as soon as January, would send a strong signal that Japan will be less constrained by its pacifist Constitution. He has already this year loosened curbs on arms exports, ended a ban on defending friendly nations and reversed a decade of military-spending cuts.

Selling a fleet of subs would mark the first time since at least the end of World War Two that Japan had sold a complete weapons platform overseas.

Bulk orders for Japanese arms makers would help bring down weapons-procurement costs for Tokyo, which has the biggest debt burden in the industrial world.

For Canberra, the sale would avoid the costs and risks of developing a homegrown champion from scratch, after the locally made Collins-class subs were panned for being noisy and easily detected.

A state-owned shipyard in the South Australian capital of Adelaide would handle maintenance and overhaul, which can cost as much as the purchase price over the life of the fleet.

A spokeswoman for ASC referred all questions to Australia's defence ministry.

"No decisions have yet made on the design and build of the next generation of Australian submarines," a spokeswoman for Defence Minister David Johnston said. "It is entirely proper and prudent for the government to consider these strategic decisions through the Defence White Paper process."

Spokesmen for Mitsubishi Heavy and Kawasaki Heavy said they were not in a position to comment on the government-led talks.

Japanese Defence Ministry spokesman Hirofumi Takeda declined comment, saying only that "Japan and Australia are conducting various exchanges of opinion, including on equipment and technology transfer, as we move toward strengthening bilateral defence cooperation".

Australia acknowledged in July for the first time it might allow the subs to be built overseas.

Cost is an issue for Canberra. Defence Minister Johnston told Reuters in June that he was "very disturbed" by the A$40 billion estimate for the homegrown option.

Twelve top-of-the-line Soryu subs at $500 million each, plus maintenance and overhaul, would work out cheaper for Australia as it grapples with austerity.

Abbott's government is to make a final decision on the type and number of submarines it wants in a broad defence review expected early next year. But already there is strong opposition in Australia to building the subs overseas.

South Australia's defence and trade minister, Martin Hamilton-Smith, said there was alarm within the state administration that the federal government was about to do a "backflip" and reverse its policy.

He warned that any decision to build the submarine overseas would have a broader impact on the economy than the recent decisions by Ford Motor Co, Toyota Motor Corp and General Motors Co to cease manufacturing in Australia.

South Australia is home to 27,000 defence jobs, 3,000 of them in shipbuilding, and Hamilton-Smith said the submarine project would generate industry activity worth A$250 billion over 30 years.

"I think a number of state governments, a large segment of the defence industry and the shipbuilding and defence workforce would be shattered, absolutely shattered and devastated by such an announcement," he told Reuters.

The United States, which has strong military ties with both Japan and Australia, would welcome the improvement to Canberra's naval capabilities, which could help Washington monitor China's underwater activity as its own fleet shrinks.

Cooperation on subs "is a national decision for them to make with each other, but we would certainly be welcoming of that partnership," Munsch told reporters aboard a U.S. submarine during a visit to the Yokosuka naval base near Tokyo last month.