The nuclear deal is a further step toward India achieving international acceptability for its nuclear programme despite not ratifying the nuclear non-proliferation treaty, and follows similar agreements with the United States and France. 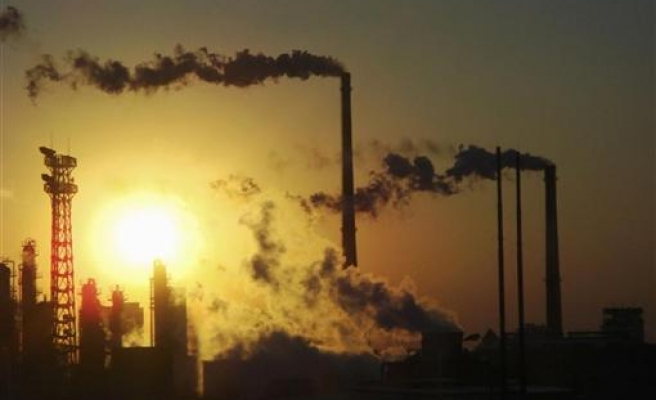 "We signed a nuclear cooperation agreement because Australia trusts India to do the right thing in this area, as it has been doing in other areas," Abbott told reporters after he and Indian Prime Minister Narendra Modi signed a safeguards pact to sell uranium for peaceful power generation.

"That is why we are happy to trust India with our uranium in months, years and decades."

The nuclear deal is a further step toward India achieving international acceptability for its nuclear programme despite not ratifying the nuclear non-proliferation treaty, and follows similar agreements with the United States and France.

It will also help end lingering mistrust between the former British colonies, who share just A$15 billion in annual trade, a fraction of Australia's roughly A$150 billion trade with China.

Talks towards the Civil Nuclear Cooperation Agreement began about two years ago after Australia lifted a long-standing ban on selling uranium to energy-starved India.

"Australia can play the role of a long-term reliable supplier of uranium to India," a brief description of the pact issued by the Indian foreign ministry said.

India faced sanctions after testing nuclear weapons in 1998, but the restrictions have eroded after a 2008 U.S. deal that recognized its growing economic weight as well as safeguards against diversion of civilian fuel for military purposes

India is the first customer to buy Australian uranium without being a signatory to the nuclear non-proliferation treaty.

The deal, which is criticized by environmentalists and nuclear campaigners, was welcomed by Australian uranium mining company Toro Energy.

Toro Energy has environmental approvals for a uranium project in Western Australia and is in initial talks with India companies for investment.

"This unlocks the opportunity for negotiations around new mines being opened up," said Toro Energy CEO Vanessa Guthrie, in India during Abbott's visit.

"We are seeking a long-term strategic partner that will take a 20-25 year view and in return will secure long-term supplies of uranium for counterparts in India," Guthrie told Reuters.

The leaders also agreed to work towards the "long-term, sustainable and reliable supply of Australian resources based on India's energy needs" - including increasing sales of conventional fuels such as coal and natural gas to India.

Prior to a meeting with Abbott hosted by business chambers, one group said India should make use of Abbott's visit to seek more coal imports at a time when Indian thermal power stations are running critically short of the fuel.

With two-thirds of India's power stations fired by coal, and latest data showing that half of them down to a week's stock, tapping into Australia's coal reserves is a more pressing need than accessing uranium.

Nuclear power accounts for just 3 percent of output, down from 3.7 percent three years ago.

"While Coal India can be asked to step up its production, the growing needs make it imperative to go in for more imports ... and what better source than Australia whose top leadership is engaged with strategic relationship with India," Rana Kapoor, president of business chamber ASSOCHAM, said in a statement.

The Australian government in July approved a A$16.5 billion coal and rail project in the province of Queensland by Indian firm Adani Mining Pty Ltd , controlled by billionaire Gautam Adani.

However, nuclear power is key to future energy plans in India, where a quarter of the 1.2 billion population has little or no access to electricity, a situation Modi says he will tackle.

India operates 20 mostly small reactors at six sites with a capacity of 4,780 MW, or 2 percent of its total power capacity, according to the Nuclear Power Corporation of India Limited. The government hopes to increase its nuclear capacity to 63,000 MW by 2032 by adding nearly 30 reactors at an estimated cost of $85 billion.

It currently has nuclear energy agreements with 11 countries and imports uranium from France, Russia and Kazakhstan.