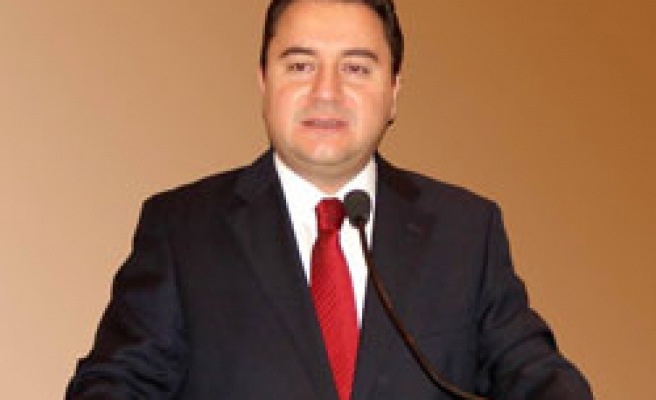 Within the scope of fiscal policy, we will have to shape up a budget structure which will support production, investment and employment, and also not deteriorate budget balances, said Babacan in a written statement released on Tuesday.

There is confidence and stability on the basis of our economic success, said Babacan adding that the constitutional amendment package --which was accepted in the referendum on September 12-- was an important turning point that would strengthen stability in Turkey.

Babacan said that the Mid-Term Program they announced on September 16, 2009 was significantly influential in Turkish economy's catching a strong growth performance in the last three quarters.

He noted that Mid-Term Program eliminated uncertainty about economic policies, and restored confidence of production sectors, foreign markets, consumers and investors, and contributed in recovery of economy rapidly.

"The finance policy has a big responsibility in the coming term. This responsibility is to create a budgetary structure that could support production, investment and employment without disturbing budget balances," he said.

"Our economic success was based on confidence and stability. Approval of the constitutional amendment package in Sunday's referendum is a milestone and it will further strengthen Turkey's stability. Presence of rule of law and increasing quality of democracy will lead to a more predictable atmosphere. The package will made a significant contribution to Turkey's economic success in the long term," he added.

Turkish economy grew 10.3 percent year-on-year in the second quarter of 2010, TurkStat announced earlier today, adding that economy grew 11 percent in the first half of 2010.

The gross domestic product increased by 17.1% to 268.4 billion Turkish lira year-on-year in the second quarter of 2010 in current prices (One U.S. dollar equals 1.5 TL). It rose by 10.3 percent in constant prices in the same period.