Thousands of Bangladeshi garment workers took to the streets in Dhaka on Friday to protest against a government-announced wage hike that fell far short of their demands. 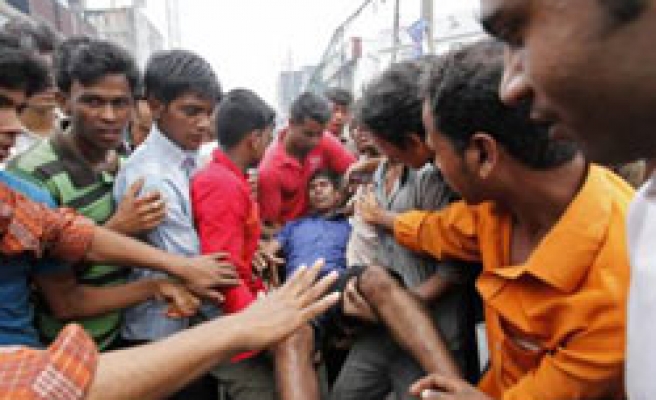 Thousands of Bangladeshi garment workers took to the streets in Dhaka on Friday to protest against a government-announced wage hike that fell far short of their demands.

After weeks of protests, Bangladesh on Thursday nearly doubled the minimum wage for millions of workers in the key export garment industry to 3,000 taka ($43) from 1,662 taka, but it fell far short of labour union demands of 5,000 taka. The increase will take effect on November 1, 2010.

Rejecting the pay increase, angry workers burnt tyres, broke into shuttered buildings and set furniture ablaze in the heart of Dhaka on Friday, and vowed to continue protesting.

"We are rejecting what has been offered as increased wages because it is too inadequate to make ends meet," said one angry worker. "We cannot submit to the (whims) of the government and factory owners."

These are Bangladesh's biggest export, accounting for more than 80 percent of the impoverished country's annual export earnings of $16 billion, but garment industry workers earn wages well below the poverty line.

Workers' unions, which took part in discussions with a government-appointed wage board this week, have repeatedly said they would not accept any wage increase below the 5,000 taka they have demanded.

Dozens of workers were injured in clashes with police last month at protests over salaries and working conditions that disrupted production at several factories.

The garment sector is Bangladesh's second biggest employer after agriculture, with about 4,500 factories employing about 3.5 million workers, with many toiling in dangerous conditions.