Bank of China stops FX trading with some European banks

Bank of China's decision was made partly because of the downgrade of these entities by Moody's ratings agency, the sources said. 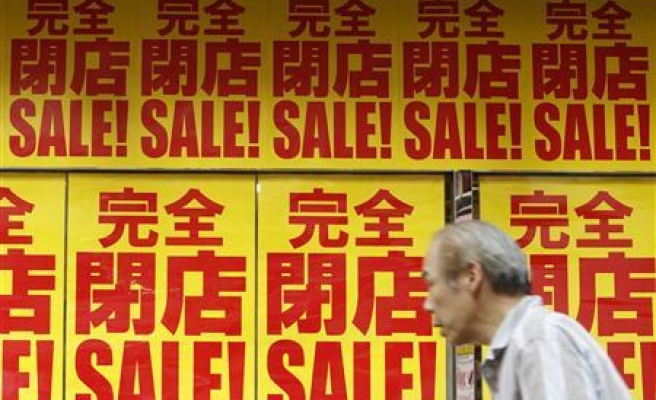 Bank of China, a big market-maker in China's onshore foreign exchange market, has stopped foreign exchange forwards and swaps trading with several European banks due to the unfolding debt crisis in Europe, three sources with direct knowledge of the matter told Reuters on Tuesday.

Another Chinese bank has also halted interest rate swaps trading with some European banks, a source at the bank said, indicating Chinese lenders have joined the growing ranks of institutions cutting exposure to the crisis-hit euro zone. This source requested that he nor his bank be identified because of the sensitivity of the matter.

While the sources said Bank of China had stopped trading the forwards and swaps with several European banks, they only identified French lenders Societe Generale , Credit Agricole and BNP Paribas .

Bank of China's decision was made partly because of the downgrade of these entities by Moody's ratings agency, the sources said.

One of the sources said that the decision by Bank of China <601988.SS> <3988.HK> may apply across its branches, including the onshore foreign exchange market.

"Apart from spot trading, all swaps and forwards trading (with the European banks) have been stopped," a separate source who is familiar with the matter told Reuters.

The sources declined to be identified because they were not authorized to speak with the media. A public relations official with Bank of China declined to comment.

Bank of China has also stopped trading with UBS AG after the Swiss giant declared unauthorized trading had caused a $2.3 billion loss, the sources said.

Contacted by Reuters after the story was published, spokespeople for Societe Generale, UBS, Credit Agricole and BNP Paribas declined to comment.

"This is a reminder that some counter-parties feel a little bit uncomfortable .... We've got many banks over-leveraged," Adrian Foster, head of financial markets research for Rabobank in Asia, told Reuters Insider television.

"My guess is that the Chinese banks are not major providers of liquidity or funding to the European banks, so it's not of direct relevance to their businesses if you'd like, but it does send an important reminder there are risks to this balancing act."

Banks in Asia and elsewhere have been cutting credit lines and exposures to European banks through the past few months, unwilling to take on the risk of a default by Greece or any other peripheral European country.

European banks have turned to swap lines offered by the European Central Bank to get around high funding costs for dollars and a broader unease about counterparty risk in interbank lending markets.

Yet the decision to halt the trading of interest rate swaps revealed deeper concerns and scrutiny of even unfunded trades.

"Bank of China's move only highlights what has been a general trend in the interbank markets over the past few weeks: namely, some European names are finding it difficult to raise dollars and counterparty confidence in them is evaporating quickly," said a strategist at a Japanese bank in Singapore, who asked not to be identified because he is not authorized to speak to the media.

"The selling in Asian credits, local debt, FX are all symptoms of them trying to create dollar funding buffers. While I don't expect this to have a material impact on their P&Ls, it just underlines how fragile broad market sentiment is."

Brokers said the heightened caution about counterparties had not affected trading, simply because trades could still be routed through more willing third parties. But it could eventually.

"With so much bad news coming from Europe, I think more banks will follow suit," said one dealer, who declined to be named, when asked about the FX swaps.