Investors expect the Federal Reserve to take steps to pull down long-term interest rates when policymakers meet on Tuesday and Wednesday to help revive the persistently weak U.S. economy. 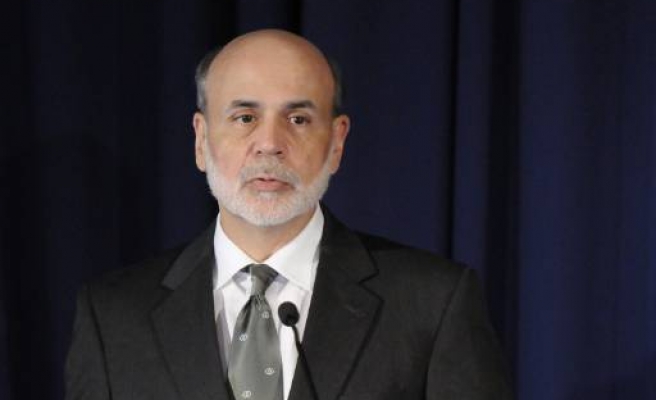 Wall Street hopes for more Fed action and clear signs European leaders will follow through on their new urgency to tackle the euro zone debt crisis if U.S. stocks are to build on their best week since early July.

Investors expect the Federal Reserve to take steps to pull down long-term interest rates when policymakers meet on Tuesday and Wednesday to help revive the persistently weak U.S. economy.

Fed Chairman Ben Bernanke, speaking in Jackson Hole, Wyoming, on August 26, said the Fed's Open Market Committee would meet for two days in September instead of the scheduled one day to discuss ways to boost the recovery.

But even with expectations of more intervention to boost the economy, investors will keep a close eye on developments in Europe.

Any lack of progress or backsliding on efforts to get the currency bloc's fiscal house in order will renew worries the crisis could seriously damage the world financial system and major economies.

"But the market has been trying to work its way higher here, trying to feel if maybe the European thing won't cascade out of control."

Treasury Secretary Timothy Geithner, at a meeting of euro zone finance ministers in Poland on Friday, urged them to leverage their bailout fund to better tackle the debt crisis, but there was no agreement on what steps to take.

While the Standard & Poor's 500 has been moving upward over the past week, the benchmark index has been stuck in roughly a 100-point range over the last six weeks.

It is likely to run into resistance near the 50-day moving average of about 1,228, with analysts also pointing to the 1,250 level as the next significant hurdle.

"This is really a consolidation phase, which is normal after the kind of early August swoon that we had. So far this trading range is developing in a very positive and healthy way," said Gail Dudack, chief investment strategist at Dudack Research Group in New York.

"Longer term, the market is looking better but we are getting very close to that resistance at 1,250 which would be pretty surprising if we can break above that at this early juncture. It could take a little more time, people shouldn't be disappointed."

Housing "is dead and it will stay dead, and I don't expect anything out of unemployment either," said Joe Saluzzi, co-manager of trading at Themis Trading in Chatham, New Jersey.

"The biggest event is Bernanke."

FedEx Corp, the No. 2 U.S. package delivery company, which is seen as a proxy for how the economy is performing, is also scheduled to report quarterly results.

Though earnings have managed to hold up in the face of a lackluster recovery, analysts worry this might not last if the financial system suffered the shock of a Greek debt default.

But while many feel Bernanke has telegraphed the plans for the Fed meeting, the euro zone debt crisis remains an uncertainty that could knock the market lower.

She added that having so many countries that are part of a committee trying to solve the problem only added to the complications.