Leading potentially to break-ups, a ban on consulting would be the most punitive measure yet taken by regulators against the world's largest auditors, Deloitte, PwC , Ernst & Young. 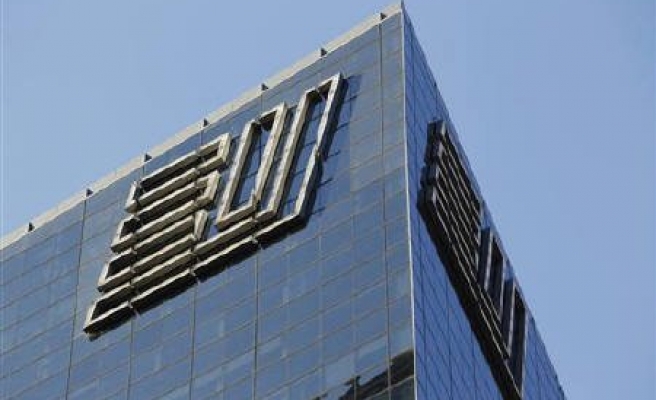 The "Big Four" auditors face possibly their biggest shakeup since the Enron scandal as European authorities consider rules that could force them to break up, while the firms also are confronting multibillion dollar suits emerging from the subprime crisis.

The European Commission, according to a draft law seen by Reuters on Tuesday, is proposing that auditors be banned from providing consulting services to companies they audit, or even be banned altogether from consulting, a fast-growing business.

EU Internal Market Commissioner Michel Barnier is due to publish the draft in November, targeting what he sees as a conflict of interest when auditors check the books of the same companies from which they reap lucrative consultancy fees.

Leading potentially to break-ups, a ban on consulting would be the most punitive measure yet taken by regulators against the world's largest auditors -- Deloitte, PwC , Ernst & Young.

On another front, Deloitte was sued on Monday by a trust overseeing the bankruptcy of Taylor, Bean & Whitaker Mortgage Corp and one of its units claiming a combined $7.6 billion in damages. It is one of the largest lawsuits stemming from the 2007-2009 credit crisis.

Though auditors have been successful at winning dismissals of several crisis-related lawsuits, legal experts said some legal defenses used by auditors in the past may have some holes when applied to the Deloitte case. For details click on.

Deloitte has said the legal claims are "utterly without merit."

The Big Four review the financial books and records of most of the world's large corporations. The firms dodged a bullet during the era of the Enron and WorldCom frauds when U.S. regulators stopped short of an outright ban on consulting.

The 2002 Sarbanes-Oxley audit industry reform laws limited the types of consulting services that auditors can provide to companies they audit, but the post-Enron laws left auditors free to pursue one another's clients for consulting work.

The EU has been considering stricter measures since auditors gave clean bills of health to many banks that suffered debilitating losses during the credit crunch.

Auditors, which are privately held, do not disclose their insurance coverage or reserves held for legal awards, though most have been able so far to absorb the legal penalties stemming from the financial crisis.

According to Audit Analytics, the Big Four auditors have been named as defendants in at least two dozen class action cases stemming from the credit crisis through July 2011.

"There is a point at which the reputational damage combined with large judgments can do significant damage to their operations," said Andrea Kim, partner at Diamond McCarthy law firm in Houston.

It is unlikely, however, that any of the Big Four firms would be allowed to fail, given their role in auditing most of the largest companies in key markets, she said.

"You can safely assume that before we reach that level, what you're more likely to see is some legislative action," she said.

Sarbanes-Oxley was enacted after the disastrous meltdown of Enron auditor Arthur Andersen, which had been the fifth of the Big Five audit firms. Sarbanes-Oxley actually helped the remaining four firms by creating more rigid requirements and auditing work for them.

"The biggest beneficiary of Sarbanes-Oxley was the Big Four," Kim said. "It's just a giant money-making enterprise."

The measure being considered in the European Union would be far more stringent. In addition to potentially forcing auditors to split off their consulting businesses, it might include a requirement that auditors be "rotated," or changed, every nine years, forcing them to give up some of their best clients.

Another element of the draft includes the introduction of "joint audits," so the Big Four would share auditing work with smaller rivals.

A ban on consulting would be especially damaging now, as the auditors have been furiously expanding their consulting business to offset slower growth in their core audit area.

"Breaking up the Big Four audit firms would make them more susceptible to be taken over by emerging Chinese firms," a UK audit official said on Tuesday on condition of anonymity due to the sensitivities involved.

Barnier's spokeswoman said he had made it clear that the audit sector displayed clear failings during the crisis, giving banks a clean bill of health just before they were rescued.