The new jets are being acquired to partially replace ageing F-4 and F-5 jets. 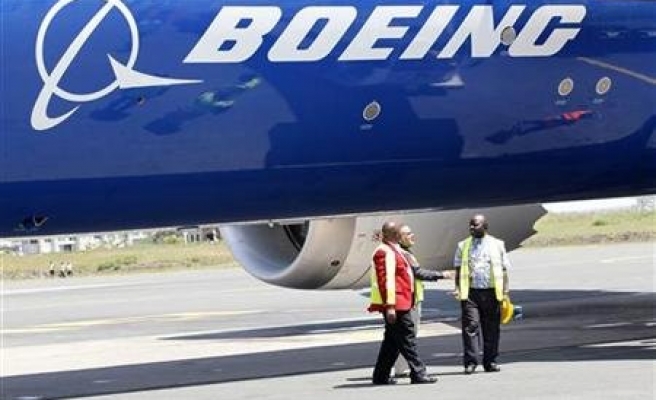 Top decision makers in South Korea's 8.3 trillion won ($7.64 billion) fighter jet tender have briefed the president on the outcome of an assessment process and told her that Boeing Co's F-15 Silent Eagle was the sole eligible bid, a source with knowledge of the process told Reuters.

The country's defence minister, the head of the Defense Acquisition Program Administration (DAPA) and the air force chief of staff were at the briefing on Friday, said the source, who was briefed on the meeting.

The source could not be identified due to the sensitivity of the closed-door meeting. A spokesman for DAPA confirmed the meeting had taken place, but declined to comment on what was discussed.

Boeing's F-15SE fighter was the only one of three bids that came in under budget. Rivals Lockheed Martin Corp's costlier F-35 stealth fighter and the Eurofighter consortium's Typhoon were both over budget.

The closely fought tender will be scrutinised by a final decision-making committee chaired by the defence minister. The committee meeting is expected to be held next week, the DAPA spokesman said, but a date had not been set.

The new jets are being acquired to partially replace ageing F-4 and F-5 jets.

Debate has intensified as the tender decision has drawn closer and 15 South Korean former air force chiefs signed a petition in late August opposing the selection of the F-15SE, saying it lacked the stealth capabilities of more modern aircraft.

While it is still possible that the tender could be made void by President Park Geun-hye, she has more pressing budgetary issues to address and needs to fund ambitious social spending pledges that helped her win a presidential election last year.

"Unlike the last administration, the Park administration has comparatively little interest in this programme," said Yang Uk, a senior research fellow at the Korea Defence and Security Forum.

"With this year's tax revenue expected to be several trillion won short of target, the government is likely to stick with the current tender instead of possibly increasing the budget down the line," he said.

On Friday, Finance Minister Hyun Oh-seok told a parliamentary hearing that South Korea faced a 2013 revenue shortfall of up to 8 trillion won ($7.37 billon).

Lockheed Martin and Eurofighter declined to comment on the status of the tender while Boeing said in a written statement that it was waiting for the tender process to be completed.