BP said that chief executive Tony Hayward will leave the group in October. 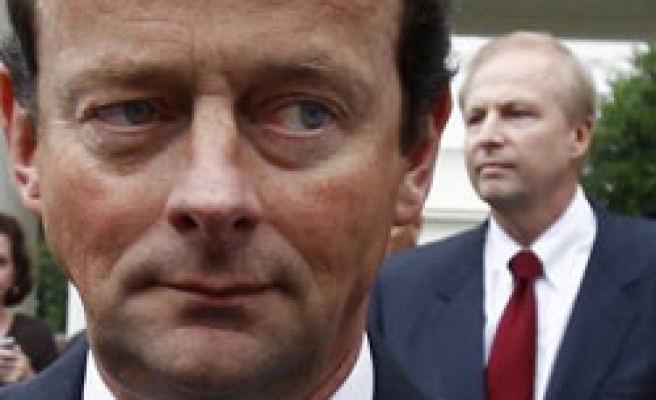 BP said Tuesday that chief executive Tony Hayward will leave the group in October and will be replaced by Bob Dudley, who is currently in charge of the oil-spill clean-up operation.

News of Hayward's departure came as the company announced on Tuesday it would take a charge as a result of the Gulf of Mexico oil spill amounting to $32.2 billion, driving BP to a second quarter loss of $16.97 billion.

"BP today announced that, by mutual agreement with the BP board, Tony Hayward is to step down as group chief executive with effect from October 1, 2010," it said in a statement, adding that Hayward would be nominated as a non-executive director of TNK-BP.

Hayward has become a lightning rod for public anger in the U.S. due to the spill and public relations gaffes such as saying on television that he wanted his life back and going sailing in the middle of the disaster.

"He will be succeeded as of that date by fellow executive director Robert Dudley."

BP added that, under the terms of his contract, Hayward will receive one year's salary, worth the equivalent of 1.045 million pounds (1.245 million euros, 1.620 million dollars).

BP said Dudley, currently head of BP's U.S. operations, would be based in London and hand over his present duties to Lamar McKay.

The company said it would consider its position on future dividend payments at the time of its fourth-quarter results.