Brazil government says will not interfere with Petrobras probe

Police are probing a money laundering and bribery scheme that allegedly skimmed billions of dollars off contracts and diverted it into political parties' coffers. 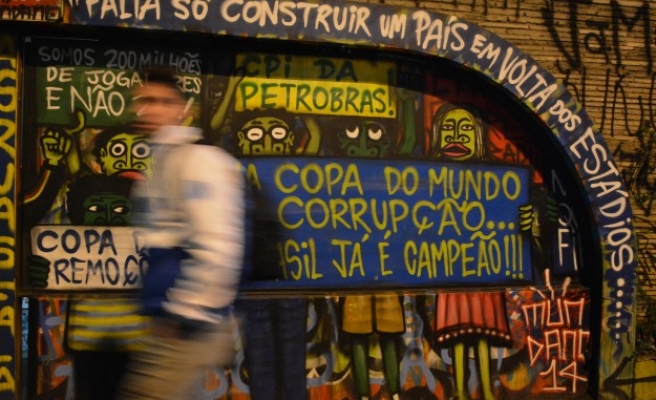 The Brazilian government will not interfere with a police investigation into suspected graft at state-run oil company Petroleo Brasileiro SA, the country's justice minister said on Saturday.

Federal police on Friday arrested top executives of leading construction and engineering firms and a former director of Petrobras, as the oil company is commonly known.

Police are probing a money laundering and bribery scheme that allegedly skimmed billions of dollars off contracts and diverted it into political parties' coffers.

Brazilian President Dilma Rousseff, who is in Australia at a G20 summit, has not made any public comments about the Friday arrests.

During her campaign for reelection, which she narrowly won last month, Rousseff pledged a thorough investigation of any wrongdoings at Petrobras. She served as chairwoman of the company's board between 2003 and 2010.

"The probe will continue, as painful as it may be," Justice Minister José Eduardo Cardozo told a news conference.

Leading opposition senator Aecio Neves on Friday warned the Brazilian government could try to limit the investigation as it could reach high-ranking officers. "Many people in Brasilia are not sleeping these days," he said.

The justice minister, in apparent response to Neves, said opposition parties should not use the police probe to attack Rousseff's administration.

"There is no crisis at all," Cardozo said. "We have a clean conscience that we are fulfilling our duty. Our duty is to investigate, our duty is to punish."

Petrobras is a vital part of the Brazilian economy and will continue to operate normally, even though contracts under investigation should be revised, Cardozo added.

Brazilian newspaper O Globo said in an editorial on Saturday that the police operation had uncovered "the gravest corruption case in recent history".

On Thursday Petrobras delayed the release of its third-quarter earnings and said it had hired to private law firms to investigate the allegations of money laundering. It plans to release unaudited results by Dec. 12 and will hold a conference call with investors and analysts on Monday.