In the last few centuries, the country has received waves of immigration from Africa, Europe, Japan and most recently from poorer neighbors such as Bolivia. 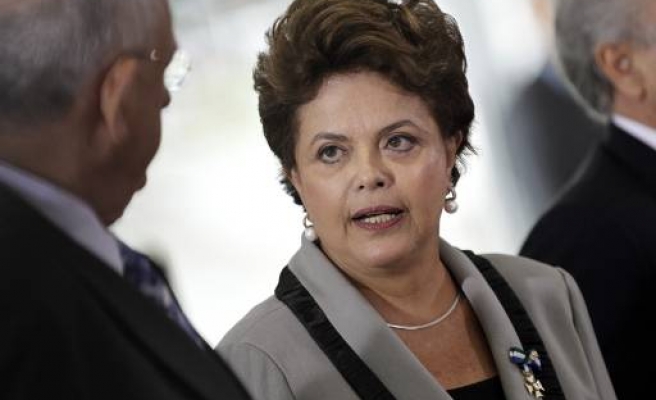 A lack of skilled workers is one of many bottlenecks that have lately brought the world's sixth largest economy to a near standstill. From construction sites to oil rigs and technology operations, companies are struggling to find qualified workers to ramp up their operations in Brazil. Internet giant Google , for instance, currently has 39 open positions in Brazil.

"This country has become very isolated from the rest of the world in terms of its labor markets and that is affecting our competitiveness," said Ricardo Paes de Barros, who heads a team on strategic initiatives at the president's office.

"We want to turn that around so Brazil will be better connected with the rest of the world in terms of transfer of knowledge," he said in a telephone interview.

Brazil has a long history of welcoming immigrants from all over the world, similar to the United States. In the last few centuries, the country has received waves of immigration from Africa, Europe, Japan and most recently from poorer neighbors such as Bolivia.

But economic woes in the second half of the last century reduced the arrivals to a trickle. Today foreigners represent just 0.3 percent of Brazil's workforce, down from 7 percent at the beginning of the 20th century. In Australia, a similarly sized country that has long attracted immigrants, foreigners account for about 20 percent of the workforce.

The debate over a more flexible immigration framework reflects Brazil's new status as an emerging economic power. Near full employment has boosted the popularity of President Dilma Rousseff, herself the daughter of a Bulgarian immigrant.

"We need to reach a level of 2 to 3 percent of our workforce made up of foreigners. That means multiplying the current levels by 10," said Paes de Barros, a Yale-educated economist. "If we do that we should be fine."

The timing, however, may not be ideal. By the time a bill finally lands in Congress, the 2014 presidential vote will already be around the corner, which could make it difficult for Rousseff to divert her attention from a re-election push.

"The other variable to keep in mind is that much will depend on a rebound in economic growth in 2013 and 2014. Because if we are in an environment where unemployment starts to take off and the labor markets starts to cool off this becomes a more difficult sell," said Chris Garman, an analyst at Eurasia Group, a consulting firm.

"The government, unfortunately, is coming to this a little bit late."

Brazil's economy is expected to grow less than 2 percent this year but gain speed again in 2013 as a flurry of government stimulus measures take effect. The jobless rate, however, remains near an all-time low of around 5.8 percent.

And yet by some estimates the country still needs an additional 20,000 engineers a year to keep up with ambitious plans to modernize its obsolete infrastructure and tap massive offshore oil reserves.

That led mining giant Vale to create its own training programs for engineers and is reportedly one of the reasons delaying a $12 billion investment by Foxconn to manufacture iPads in Brazil.

Critics blame decades of underinvestment in Brazil's public education system, which leaves many Brazilians at a disadvantage in the job market.

Rousseff launched a bold effort last year to address the educational deficit holding back Brazil's technological and engineering development, the Science without Borders initiative, which will send 100,000 Brazilians to study abroad for a year at the best universities across in the world.

The talent deficit has become even more pressing as Brazil's preparations for the 2014 World Cup and 2016 Olympic Games seem to be running behind schedule.

The debate comes as more Spanish and Portuguese professionals left out of work by Europe's debt crisis are landing in Brazil in search of opportunities.

But business leaders complain that Brazilian bureaucracy makes it difficult and expensive to hire foreigners.

In order to hire professionals from other countries, firms must first prove they were unable to find suitable workers at home. They are also required to train Brazilians to eventually replace the foreign employees.

"Hiring a foreigner in Brazil is complicated. It takes a lot of bureaucracy, time and uncertainty regarding whether it will be granted," said Luiz Fernando Alouche, an immigration lawyer with the Almeida Advogados firm in Sao Paulo.

A task force created this week will prepare a report on the advantages and challenges of new, more flexible regulation to attract skilled foreign workers. Paes de Barros expects to have the results on his desk in six months.

The government expects to have a final proposal ready by mid 2013. After that, Paes de Barros said, it will be left up to politicians. A less ambitious immigration bill introduced by the government in 2009 has been lingering in Congress ever since.

For Paes de Barros, it boils down to simple math -- the number of immigrants in Brazil is half of that at the start of the 20th century, when the population was 10 times smaller.

"We are worried we are losing comparative advantages."