The Latin American economic powerhouse will impose an anti-dumping tariff of $743 per tonne on steel pipes, the government's foreign trade chamber said. 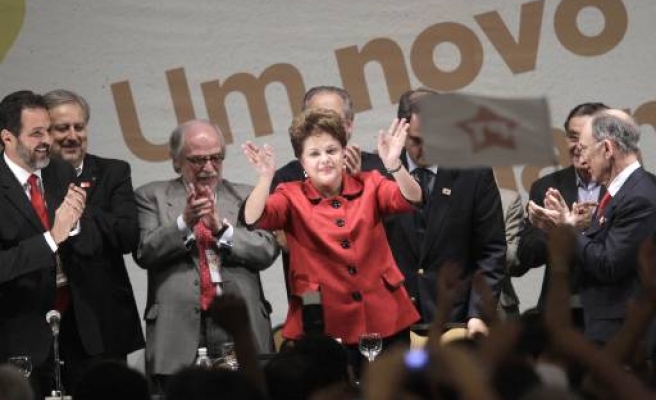 It is the latest in a series of measures to defend struggling domestic manufacturers and help shield Latin America's largest economy from the fallout of global financial turmoil.

The Latin American economic powerhouse will impose an anti-dumping tariff of $743 per tonne on steel pipes, the government's foreign trade chamber said. The levy will be valid for five years.

The pipes are used in Brazil's oil and gas industry, which is booming following big hydrocarbon discoveries in recent years.

The move is part of a broader effort by President Dilma Rousseff, who took office on Jan. 1, to get tough on imports and protect domestic jobs.

"(We) will never allow foreign goods using unfair competition against our products," Rousseff said on a nationally televised address on the eve of Brazil's Independence Day.

"In the current crisis our main weapon is expanding and defending our internal market," she said.

Economic growth is expected to slow to just under 4 percent from 7.5 percent last year. But Rousseff said domestic consumer demand was still strong, in part due to record employment and wages.

Still, many Brazilian manufacturers have been losing market share at home and abroad to foreign competitors.

Industry grew only 0.2 percent in the second quarter, compared with overall economic growth of 0.8 percent from the previous quarter.

Finance Minister Guido Mantega said last week that Brazil would fight back against any new round of quantitative easing in the United States by taking fresh measures to protect its currency.

The currency war could get worse, said Mantega, who coined the term to describe how countries are weakening their currencies to try to gain an upper hand in global trade and stimulate their economies.

But a rising tax burden and low productivity at home are equally to blame for the falling competitiveness of Latin America's largest economy, analysts say.

The government also announced on Tuesday that it will apply any new anti-dumping tariffs retroactively for 90 days to prevent importers from stocking up on goods the government is investigating over possible dumping charges.

Dumping occurs when a manufacturer sells goods abroad below their production cost or domestic price.

During a visit to China earlier this year, Rousseff clinched a series of trade and investment deals, partially allaying rising discontent at home over relations with the Asian giant.