The price of Brent crude oil fell below $64, after OPEC lowered its global oil demand for 2015 on Wednesday 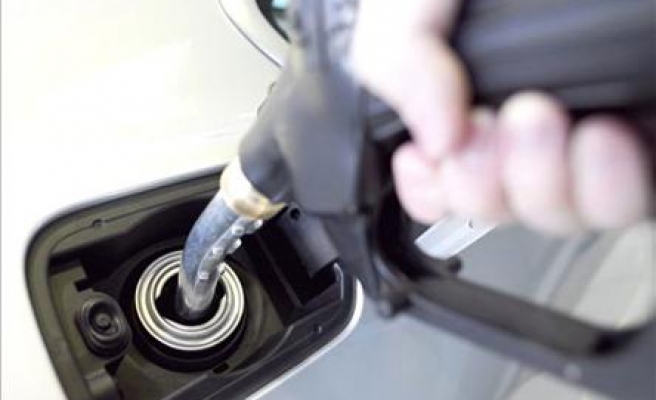 World Bulletin/News Desk
Brent crude oil prices fell below $64 on Wednesday, after the Organization of the Petroleum Exporting Countries, OPEC, lowered its forecast of crude oil demand for 2015.

Prices reached as low as $63.78 per barrel at 5:00 pm GMT on Wednesday, which is a new five-year record low, according to official figures.

In its Monthly Oil Market Report for December, OPEC revised demand for its crude oil in 2015 down by 0.3 million barrels per day.

It added that this is 0.4 million barrels per day less than the estimated level for 2014.

The organization met on Nov. 27 to devise a strategy against falling oil prices.

They decided against cutting production to increase prices and stated that they will maintain a production rate of 30 million barrels per day for the first half of 2015.

"Because OPEC did not decrease its production quota, the concern is over-supply of oil next year," said Richard Mallinson, a geopolitical analyst at London-based energy market consultancy Energy Aspects.

The glut of oil in the markets and low global oil demand are regarded to be some of the main factors behind the slump of oil prices since June, when Brent crude was $115 per barrel.

"Demand is weak, and at the same time, supply is rising rapidly," said Thomas Pugh, a commodities economist at Capital Economics, a London-based independent research company.

Pugh stated that he does not expect oil prices to go below $50 per barrel, adding "At that level, you start to get rapid production cuts."

West Texas Intermediate, based in Cushing, Oklahoma, is not only affected by excess supply and low demand in global oil markets, but also by rising oil production in the U.S.