Russia is the second biggest exporter of illicit money, India is fourth, Brazil seventh and South Africa is 12th, according to the report. 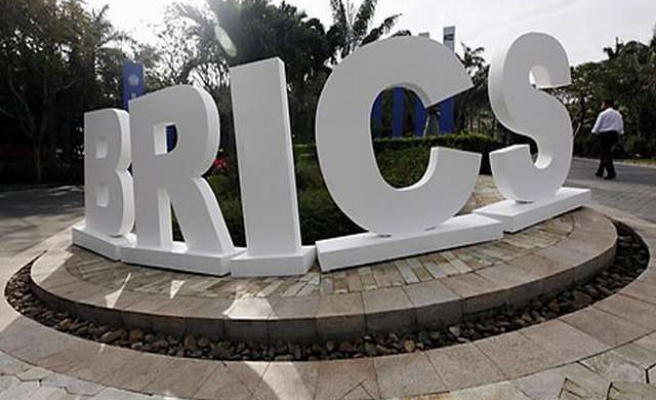 The BRICS grouping of emerging market nations is leading the flight of illicit capital from the developing world, according to data in a new report released this week.

In its annual estimate of illegal capital flows, Washington-based think-tank Global Financial Integrity (GFI) said it a record $991 billion was siphoned in 2012 from the world's developing economies, an increase of almost 5 percent from 2011.

The report said that between 2003 and 2012, $6.6 trillion was moved by crooked means out of emerging economies, finding its way to bank accounts in the developed world or far-flung tax havens.

Of that total, about $3 trillion or almost half was diverted from the BRICS group -- Brazil, Russia, India, China and South Africa. China, the world's second biggest economy, lead the way with an estimated $1.25 trillion leaving its borders illegally over the course of the decade.

Russia is the second biggest exporter of illicit money, India is fourth, Brazil seventh and South Africa is 12th, according to the report.

The BRICS group is trying to assert itself on the global stage as a counterweight to the traditional economic power blocks of North America, western Europe and Japan.

"There are questions about the commitment to financial transparency among the BRICS consortia, especially among some of the bigger members," GFI President Raymond Baker told Reuters in an interview.

Overall, the amount of capital spirited out of the world's developing countries in 2012 was 1.3 times higher than the amount of foreign direct investment they received that year and topped aid flows by over a thousand-fold.

The issue of capital flight from the developing world has been in the spotlight in recent years, as the missing funds could have been spent on education, health and other key areas.

This has lead to calls to tighten the noose on tax havens and tackle trade misinvoicing.

Some development economists have said sub-Saharan Africa, where illicit cash outflows equal about 5.5 percent of its GDP - is, contrary to popular belief, actually a net exporter of capital to the rest of the world because of such activities.