Britain must act to save $500 bln of oil, firms say

Output from the North Sea has been in steep decline as mature fields are exhausted and global firms such as BP and Shell focus on more promising projects elsewhere. 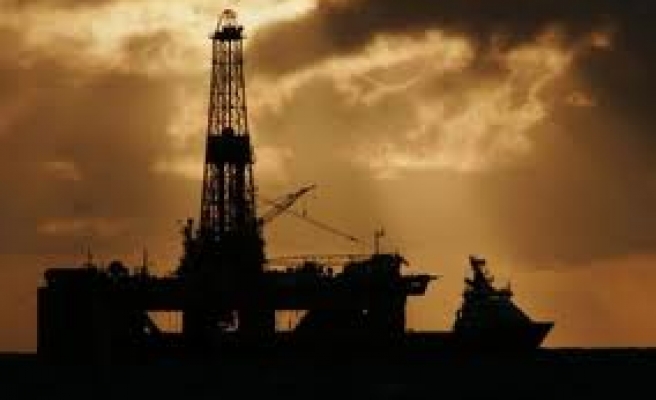 Britain must get tough with major oil firms that prevent smaller producers from getting access to platforms and pipelines, or risk leaving as much as $500 billion worth of oil in the ground, North Sea oil companies say.

Output from the North Sea has been in steep decline as mature fields are exhausted and global firms such as BP and Shell focus on more promising projects elsewhere.

But there is still oil under the sea bed that a host of smaller operators is keen to extract, and Britain's cash-strapped government is anxious to maximise tax revenues.

The problem is, many small producers lack the infrastructure to get their oil to market and need access to platform hubs and pipelines owned and operated by the big oil companies. And much of that infrastructure is coming to the end of its working life.

Helping small rivals, however, is at best a low priority for oil majors, and at worst unprofitable and not in their interest.

"It's more of a headache than anything else," said Stephane Foucaud, managing director at research and analysis firm First Energy Capital. "They (oil majors) want to exit the North Sea, so dealing with small offtake agreements is not a priority."

The industry's infrastructure code of practice is meant to help smaller players bring new fields onstream that require access to third party platforms and pipelines. That often doesn't happen, according to industry insiders.

"We look for owners of infrastructure to market it ... and use it for the greater good, but there is a variation in that," said Simon Toole, head of licensing exploration and development at Britain's Department of Energy & Climate Change (DECC).

Time is running out. By the middle of the next decade, over half of existing North Sea infrastructure will be decommissioned or no longer available for use.

Consultants Hannon Westwood estimate some 4.88 billion barrels of oil equivalent (boe) in recoverable reserves, worth some $500 billion, are at risk of being stranded as a result.

"Decommissioning has been pushed back but it does need to start happening," said Philip Whittaker, an associate director at the Boston Consulting Group (BCG). "We are reaching the stage where some assets need to be retired for integrity reasons."

Shell has plans to decommission some of its Brent facilities - the Brent Delta platform ceased production in December 2011, with Brent Alpha and Bravo scheduled to do so in late 2014 and Brent Charlie in late 2015.

"In certain areas there are quite significant volumes associated with 30-year-old platforms, so we need to accelerate the exploration and development," said Oonagh Werngren, head of operations at industry body Oil & Gas UK. "We need to change the way we do things."

The older the platform gets, the more expensive it becomes to maintain and the risks of a damaging leak rise. For operators looking to limit risk after BP's Macondo oil disaster in 2010, there is little appeal in opening up battered platforms.

Small producers allege infrastructure owners sometimes try to deter them by setting their tariffs too high. But an official at one major infrastructure operator, who declined to be named, said tariffs were not the issue.

"There are some fields that it may be possible to develop from a technical point of view but they just don't make economic sense - they are too small or too expensive to develop," he said. "The infrastructure owner shouldn't be expected to subsidise new fields which are not commercially viable."

The UK government has just commissioned an independent six-month review of North Sea oil and gas to try and address some of these issues. Industry groups are also racing to identify ways of removing the barriers to development.

But producers are so frustrated over the amount of time it takes to bring new fields on stream, that some are calling on the DECC to get tougher with infrastructure operators.

Speaking at a Society of Petroleum Engineers conference in London in May, Mark Tandy, commercial and exploration director at Taqa Bratani, voiced his desire for DECC to step in and force parties to come to an agreement if necessary.

"The time it takes to get agreement erodes the value," he said. "No one likes to be forced but sometimes the parties need their heads banging together."

Tandy said that a new commercial agreement drawn up for the development of the Cormorant East oilfield needed consent from 120 different entities. "That's a lot of paperwork and it's not a practical solution," he said.

Another producer, who declined to be named, also wanted to see regulators take a stronger lead, arguing for some level of enforcement to help bring on new oil.